What can you do for the Wetterlings? Patty Wetterling asking people to ‘say a prayer,’ play with children

Patty Wetterling is asking people to “say a prayer,” “play with your children” and “create joy” as she and her family grieve the news that her son Jacob’s remains were found late last week in a central Minnesota pasture, nearly 27 years after his abduction. 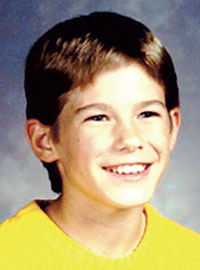 In full, the statement read:

“The Wetterlings are deeply grieving and are pulling our family together. We will be eager to talk to media as soon as we are able.

“Everyone wants to know what they can do to help us.

“Play with your children.

“That is what will bring me comfort today.”

Across the state and country, supporters found other ways to show solace.

A steady stream of people stopped to show their respects alongside a road near Paynesville that overlooks the farm pasture where Jacob’s remains were found. Some left flowers.

Others kept their lights on through the Labor Day weekend at the urging of St. Paul police officer Danielle Lewis.

She created a Facebook page to spread the word of her effort, which as of Monday evening had gained some 17,000 participants.

“Light up the state and show (Jacob’s) family our support,” the page reads. More than 3,000 comments have been left on it, several from out of state.

“Our lights will be on here in West Virginia,” one post reads.

“My light is on in Choteau, MT,” reads another. “I lived in (Minnesota) when Jacob disappeared and have always hoped this story would end differently.”

Many were left by Minnesotans who reflected on what it was like to first learn of his abduction.

“I remember watching the national news, in Georgia, when Jacob was missing,” one person wrote. “There were hundreds of people holding hands along a road near Jacob’s home. May peace come to his family and friends. Lights on in St. Louis Park.”

The Stearns County sheriff’s office confirmed Saturday that the remains of 11-year-old Jacob, missing since October 1989, had been found.

The remains were identified by the Ramsey County medical examiner and a forensic dentist. Additional DNA testing will be performed by the Minnesota Bureau of Criminal Apprehension.

Law enforcement officials are reviewing new evidence in the case and expect to provide more details on the investigation early this week.

Jacob was abducted the evening of Oct. 22, 1989, by a masked gunman who stepped out of the woods as he, his brother and a friend were biking back from a convenience store to the Wetterling home in rural St. Joseph.

By Beena Raghavendran Minneapolis Star Tribune The final day at the Minnesota State Fair on Monday was just the way... read more