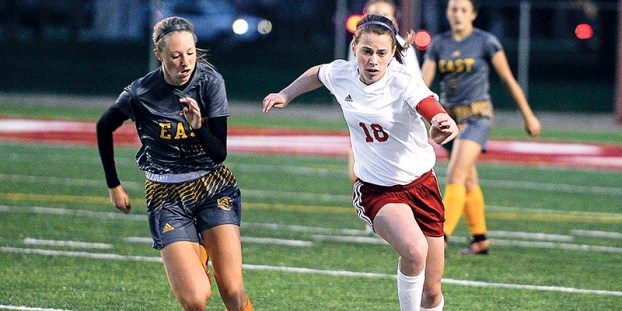 The Austin girls soccer team got off to a slow start and it couldn’t get back in the game as it lost 4-1 to Mankato East in Art Hass Stadium Tuesday.

The Cougars (7-3-1 overall, 4-2-1 Big Nine) took a 1-0 lead just over a minute into the game when Natalie Schisel scored on a header off a corner and East’s Jenny Vetter scored off a turnover to make it 2-0 with 21:14 left in the first half.

Austin (4-6 overall, 2-5 Big Nine) gained some momentum in the second half when Sydney Marsh connected on a 30-yard shot to pull the Packers within 2-1 with 34:36 left in the game. East’s Schisel scored on another header off a corner kick just five minutes later. 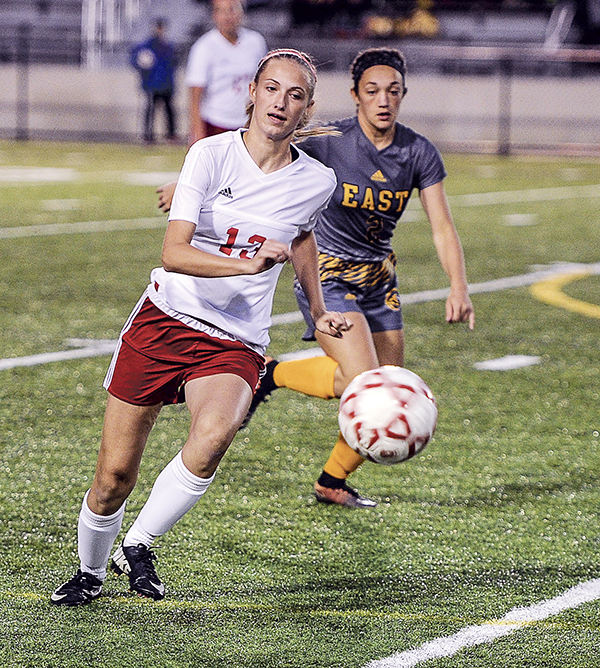 Austin’s Nicole Summerfield chases after the ball during the first half against Mankato East Tuesday night at Art Hass Stadium. Eric Johnson/photodesk@austindailyherald.com

“They just have to keep their heads up and know how they can play,” Austin head coach Jake Levisen said. “They’re going to start shocking some people by playing how we can play and that’s passing and moving.”

The Packers had nine shots in the loss and Myia Hoium had eight saves. Levisen liked the aggression that Marsh showed on her goal and he’d like to see his team keep up that approach.

The Austin volleyball team didn’t get a win, but it showed some resolve after a rough start against Rochester Century... read more