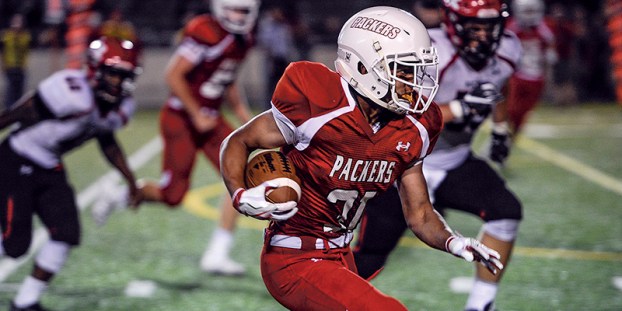 A night of give and take; Packers force five turnovers, but can’t clear hurdle in loss

The Austin football team showed some resolve as it opened its season with a 45-20 loss to Rochester John Marshall in Art Hass Stadium Friday.

The Packers (0-1 overall) forced five turnovers as senior Jesse Synoground picked off three passes, while forcing and recovering a fumble, but Austin’s offense had some struggles with a lot of new players in the lineup. 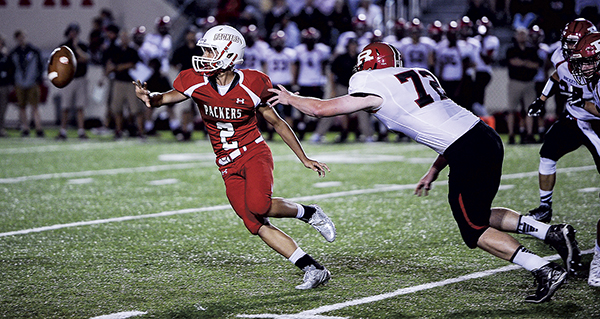 “We made a few rookie mistakes. I was really proud of how we tackled and how hard we played,” Austin head coach Brett Vesesl said. “I think Jesse is an outstanding football player. We’ve talked about him tackling and he’s gotten better at tackling. He helped us out a ton tonight.”

Austin kept itself in the game early on as Jakob Crouch had an 88-yard kick-off return for a touchdown to pull the Packers within 7-6 and Tate Hebrink hit Trent Brown for a six-yard TD on fourth down to make it 14-12 with 45 seconds left in the second quarter.

“We’ve got some new guys in there and they stepped up,” Vesel said. “I thought they did a pretty good job out there.”

However, the Rockets’ team speed eventually caught up to the Packers. Jordan Velez finished with 248 yards of offense and four TDs and he had a 56-yard catch to put JM up 20-12 in the second quarter. Shan Ameen added a 70-yard TD to make it 20-12 with 3:18 left in the second and the Packers had a late drive stall out deep in JM territory before halftime. 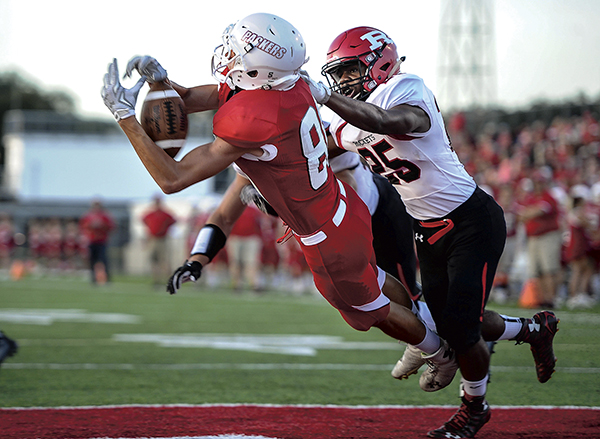 “They’ve got some quick dudes over there and I think if we play it a little bit better, we’re fine,” Vesel said.

Austin kept itself in the game again in the second half when Synoground forced a fumble and recovered it on JM’s first possession of the second half and Tabarie Gunsallus capped off a 54-yard drive with a 17-yard TD run to make it a 28-20 game with 8:38 left in the third quarter. 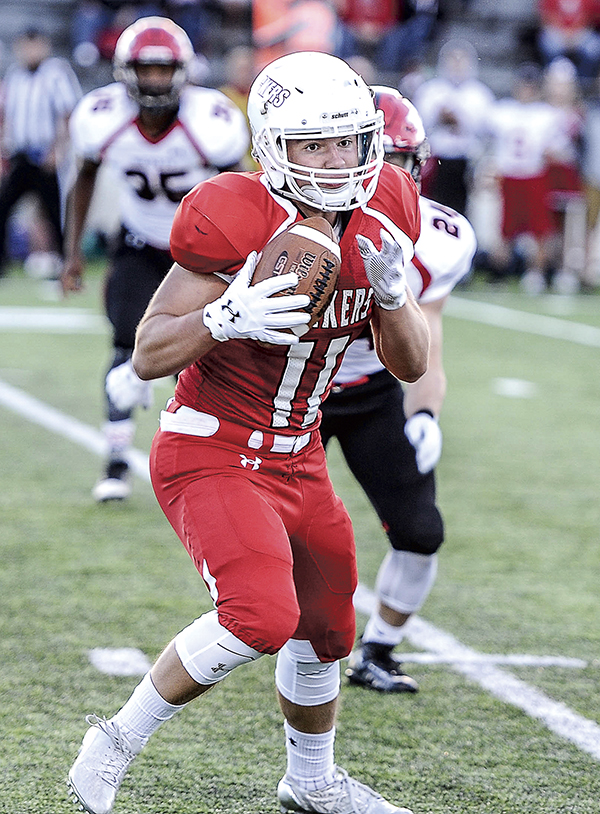 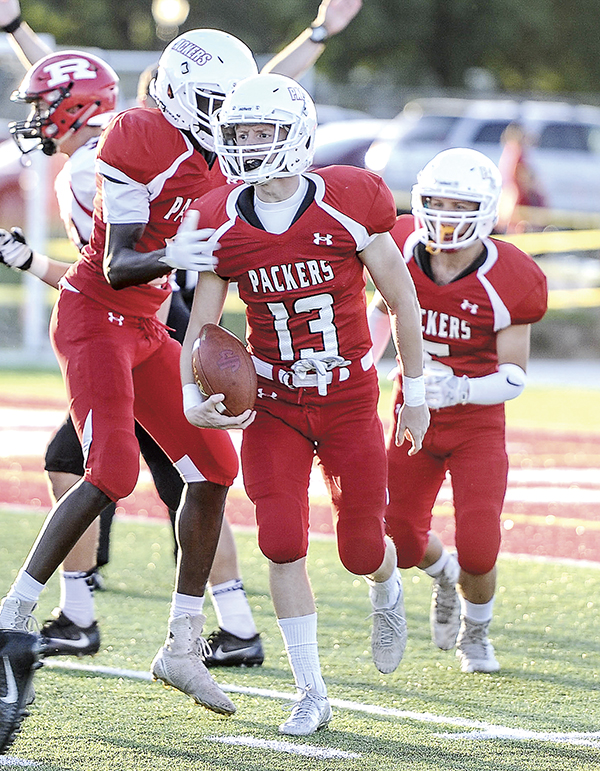 A Tuesday drug arrest may have come because the suspects’ roommate was previously arrested in a series of check forgeries... read more