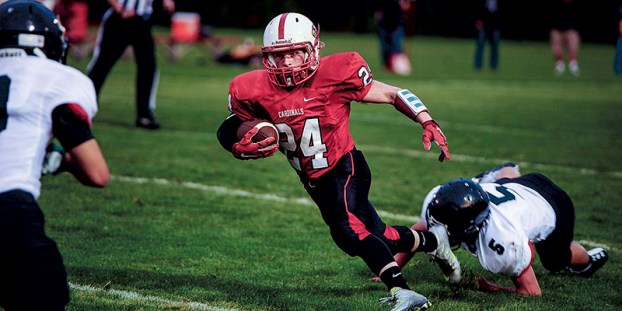 Football: Cards pick up a huge win in OT

The LeRoy-Ostrander football team had a night to remember in its first home varsity football game since 2014.

The Cardinals overcame some adversity to beat West Lutheran (0-2 overall) 28-26 in overtime in LeRoy Friday. 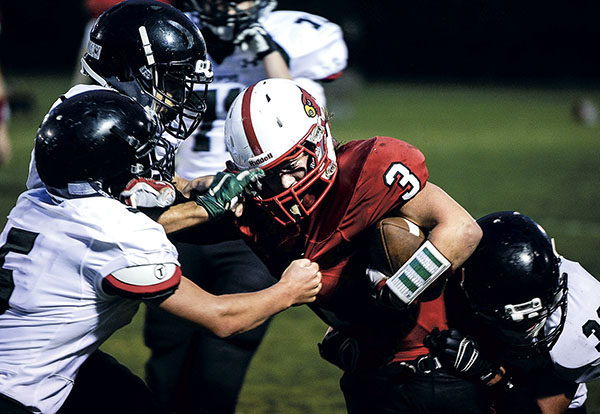 LeRoy-Ostrander running back Sean Lohuis battles for yardage against a trio of West Central defenders in the first quarter Friday night in LeRoy. Eric Johnson/photodesk@austindailyherald.com

“Carter Johnson stepped up and ran the ball for us tonight,” LO head coach Aaron Hungerholt said. “It was pretty exciting. The kids stormed the field when we won. We had a great crowd and great support. We played better. It was good to see the guys stick together and keep fighting.”

The Cardinals had a few players leave the game due to cramps and Hungerholt said the team needed every player on the roster to get the win. 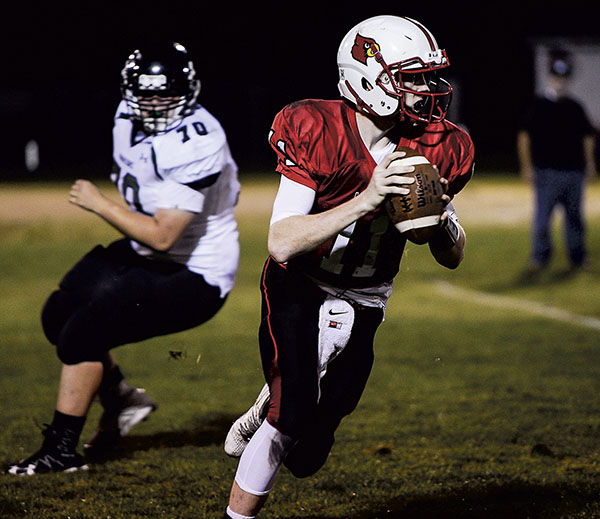 LeRoy-Ostrander Trey Hungerholt gets away from West Central’s Alex Kordus during the second quarter Friday night in LeRoy. Eric Johnson/photodesk@austindailyherald.com

“It was a tough game. They’re a good team and I think they get overlooked a little bit,” he said.

LO didn’t have a varsity football team last season, so it played its home JV games on Monday nights. 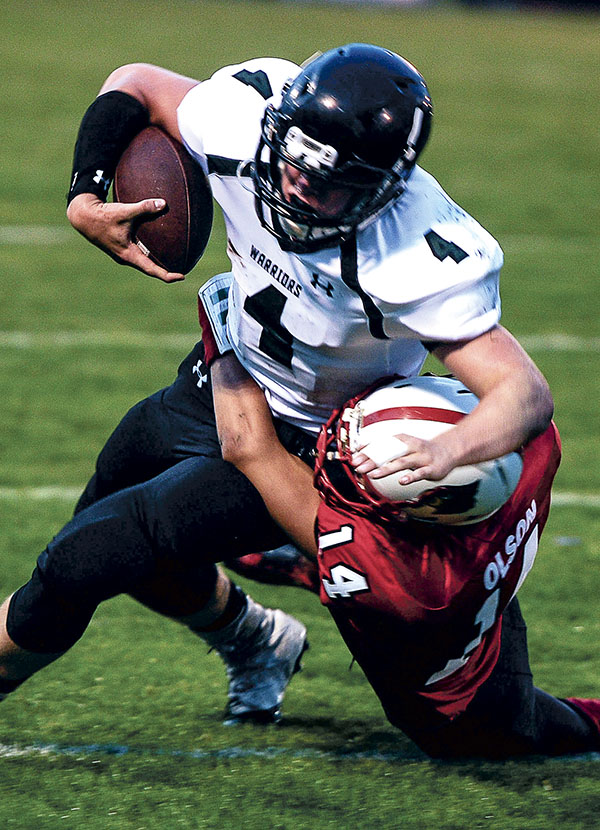