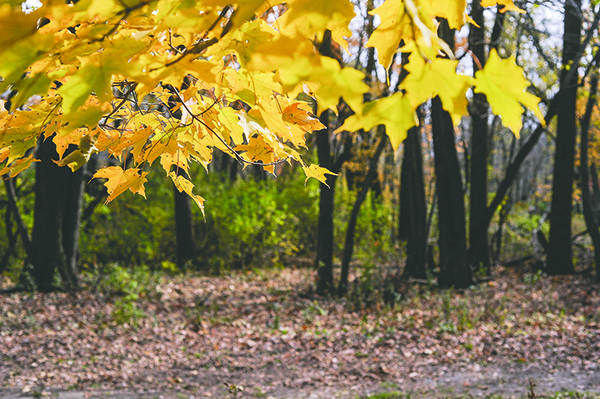 This weekend is the first official fall weekend of the year. What better way to celebrate than to take a road trip to northwestern Minnesota in search of fall colors?

That’s the best spot to see changing leaves this week, with that corner of the state approaching 50 to 75 percent turned.

The rest of Minnesota is starting to catch up, though much of the North Star State is still relatively green.

Give it time, leaf-peepers. 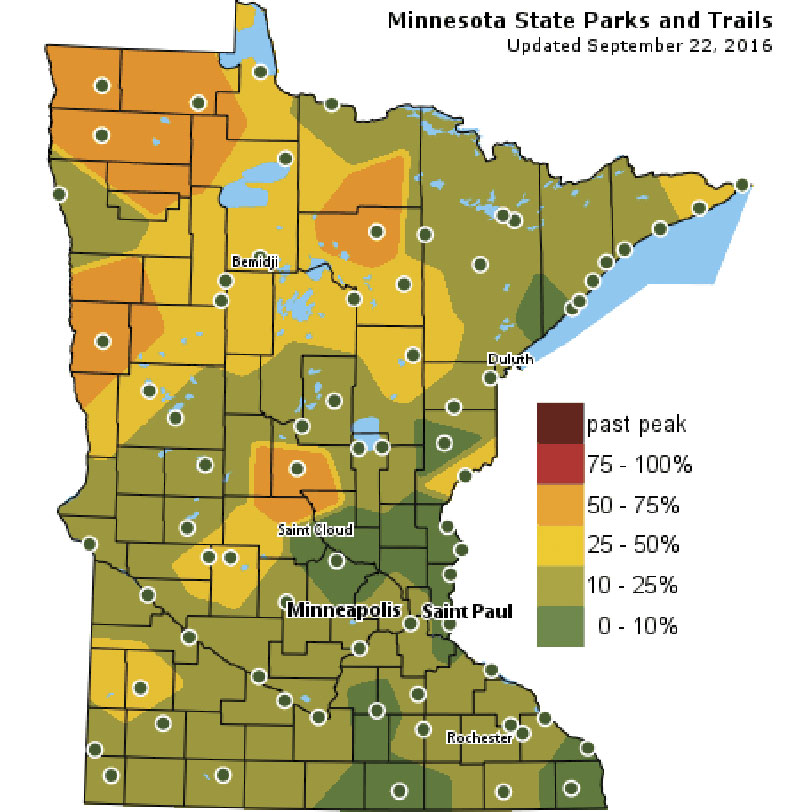 You can track the progression of red, gold and orange across the state with the DNR’s interactive color finder map.

Fall colors generally peak between mid-September and early October in the northern third of Minnesota.

Peak fall color typically lasts about two weeks, but that can vary widely, depending on location, elevation and weather.

Once the first locations begin to approach peak color, the DNR will begin highlighting three “top picks” each week that are at or near their peak and worth a drive to see.

This time of year is also a good time to watch wildlife.

“Animals are scurrying around, getting ready for winter,” said the Department of Natural Resources’ Pat Arndt. “When the leaves start to drop off the trees, that’s actually a good time to start viewing more animals, too.”

At Charles A. Lindbergh State Park in central Minnesota, there’s the usual reports of wild turkeys, deer and owls, but a number of reptiles and amphibians have also been spotted on the move, including snapping turtles, garter snakes, toads and frogs.

Austin Public Schools has closed schools for Friday due to the closed roads and hazardous conditions after Flooding Wednesday night... read more