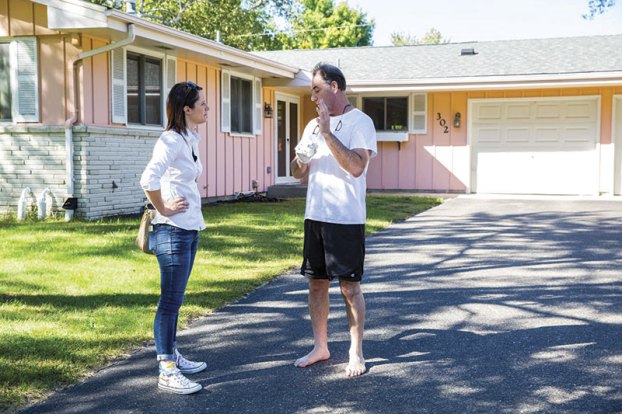 Control of Minn. Legislature could hinge on a few districts

BURNSVILLE — House District 56B can be tricky territory for incumbents. Two years ago, Republican upstart Roz Peterson won the seat, helping the GOP retake the House and reestablish politically divided government in Minnesota.

This year, Democrats hope the south suburban district returns the favor by electing political activist and first-time candidate Lindsey Port. DFL leaders believe winning here and in a handful of other competitive districts could restore their control of the House, setting the stage for a completely controlled DFL Legislature that will back DFL Gov. Mark Dayton in his final two years in office.

It’s not clear what will happen, but with no major statewide races on the Minnesota ballot this year, the state legislative races are taking on a higher profile. All 201 Minnesota legislative seats are up for grabs this year. Ultimate control could hinge on whether voters are interested in returning to one-party government.

After the chaotic end of the 2016 legislative session, which left transportation and other issues unresolved, Dayton made it clear that he thought divided government was part of the problem. He shared his frustration with Minnesota Democrats back in July during the party’s national convention.

Dayton wants Democrats to retain their majority in the Minnesota Senate and to gain the seven seats needed to flip control of the Minnesota House.

“We think they’re going to remember the last time there was single-party control and that Democrats brought them the $90 million Senate office building and MNsure,” Daudt said. “I don’t think Minnesotans want to go back to that. We think they appreciate the things that we’ve done and the fact that we are the check and balance on the governor’s agenda.”

The relative unpopularity of presidential candidates Donald Trump and Hillary Clinton is creating uncertainty in some parts of the state about how the top of the ticket will affect local races.

In District 56B, the candidates are taking different tacks on Clinton and Trump.

Peterson is noncommittal about her party’s nominee. “Mr. Trump is going to have to earn my vote,” Peterson said.

On issues, Port is talking up the need for more state spending.

Peterson is busy making her case for re-election by highlighting recent state funding increases for education and nursing homes. She’s also stressing the need for fiscal restraint and balance at the Capitol.

Peterson is particularly concerned with the potential cost of the governor’s ongoing push for universal preschool.

“That takes away parent choice, and it will decimate an entire industry,” she said. “So, I think that will not be in the best interest of Minnesotans overall.”

In the Minnesota Senate, Republicans would need to pick up six additional seats to win back the majority they briefly held in 2011 and 2012. They’re targeting a handful of DFL incumbents in rural districts where Mitt Romney won in 2012 and where two GOP state representatives currently serve.

But Senate Democrats have a healthy campaign cash advantage over Republicans, and Senate Majority Leader Tom Bakk, DFL-Cook, said he thinks those incumbents are actually in good shape.

“They’ve done a very, very good job and earned the respect of their constituents that vote for them,” Bakk said. “I think they haven’t given them any reason to vote for a change.”

These races could decide which party takes control of the Legislature

By Tim Pugmire and Brian Bakst MPR.org/90.1 FM All 201 seats in the Minnesota Legislature are on the ballot Nov.... read more