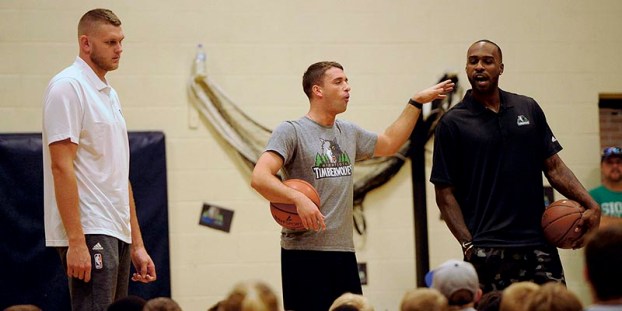 From left: Cole Aldrich, Ryan Saunders and Shabazz Muhammad stopped by the Austin YMCA as part of the Timberwolves Caravan Monday. Rocky Hulne/sports@austindailyherald.com

Area youths had a great opportunity to get a close look at some NBA talent as the Minnesota Timberwolves Caravan stopped by the Austin YMCA Monday. 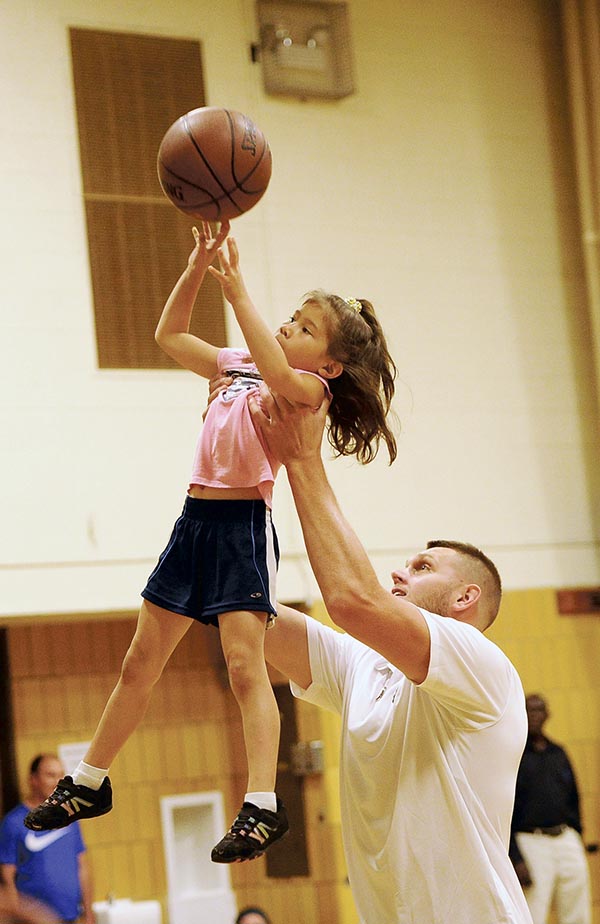 Cole Aldrich of the Minnesota Timberwolves hoists up Alana Tria, a 6-year old from Austin, as she attempts a shot in the Timberwolves Caravan in the YMCA Monday. Rocky Hulne/sports@austindailyherald.com

The caravan featured forward Shabazz Muhammad, who averaged 10.5 points per game for the Wolves last season, Cole Aldrich, a center and Minnesota native who signed with the Wolves this offseason, and assistant coach Ryan Saunders. ‘Crunch,’ the team’s mascot, also made a late appearance as he handed out some high fives.

The caravan gave the players a chance to interact with some local youths and Muhammad and Aldrich showed almost as much enthusiasm as some of the campers.

“It means a lot for us,” Muhammad said. “You always want to give back and we’re so fortunate to be able to play in the NBA. The biggest thing to do is to give back to the community.”

The camp saw the Wolves put on some dribbling and defensive drills, and there was a Q and A and an autograph session.

“It’s a lot of fun for us,” Aldrich said. “We get to spend time with the kids and you kind of teach them things you’ve learned over the years. At that age, they kind of look up to us.” 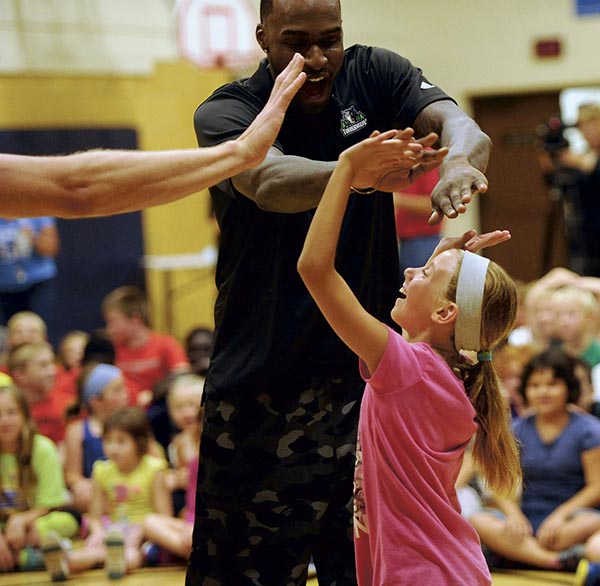 Katie Rauen, a 10-year old from Austin, high fives Shabazz Muhammed of the Minnesota Timberwolves at the Caravan in the Austin YMCA Monday. Rocky Hulne/sports@austindailyherald.com

One of the campers was Kyra Walters, who will be a freshman basketball player at Austin High School this fall. Walters moved to Austin from Iowa two months ago and she was glad to get a chance to attend the Timberwolves caravan.

“I’m more of a LeBron fan, but the Wolves are a fun team to watch too,” Walters said. “I’m just trying to get into everything and trying to meet new kids. It really helps that there’s so many events going on to meet new people.”

The Timberwolves are hoping to put together a competitive season this year as they welcome new head coach Tom Thibodeau. Muhammad is excited about the future of the team and he’s hoping they can push hard and make a run at the playoffs. 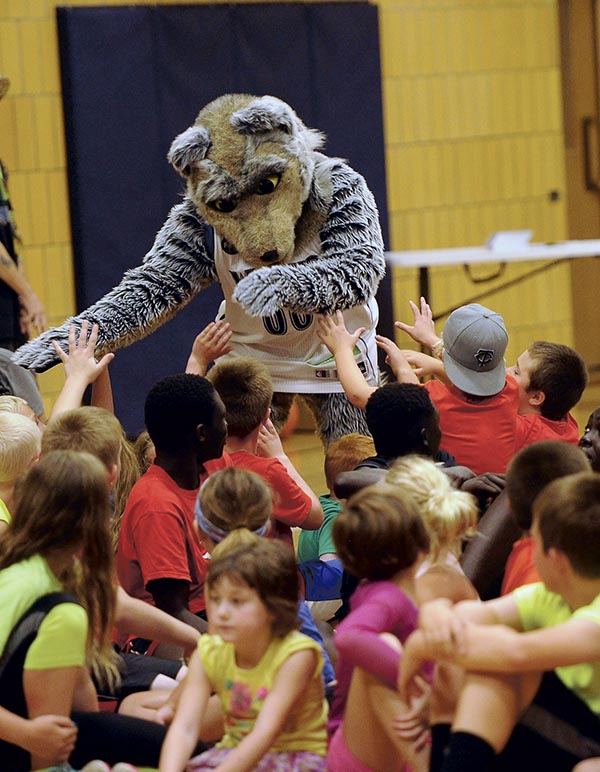 “We have high expectations. We’ve got a really good coach and we’re ready to do some big things. He’s big on the defensive end and that’s something we’ve struggled with,” Muhammad said.

Aldrich is from Bloomington, Minn. and he was on an NCAA national championship team at Kansas. 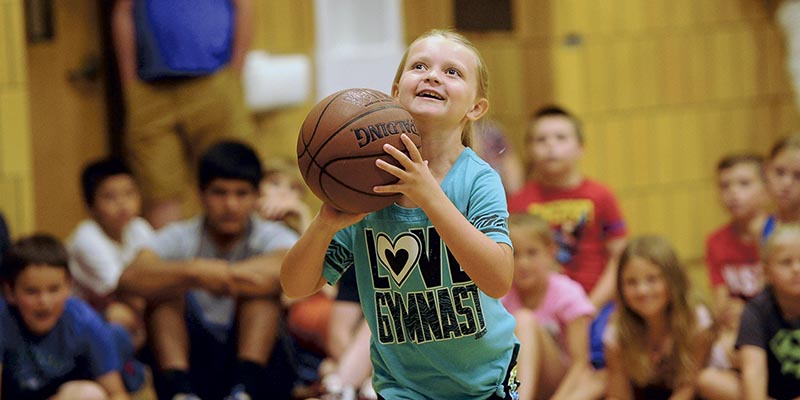 Isabelle Sellers, a 9-year old from Austin, attempts a shot at the Minnesota Timberwolves Caravan in the YMCA Monday. Rocky Hulne/sports@austindailyherald.com

The Austin Greyhounds are headed to the Class B state tournament after they beat Eagan 6-5 in 12 innings in... read more