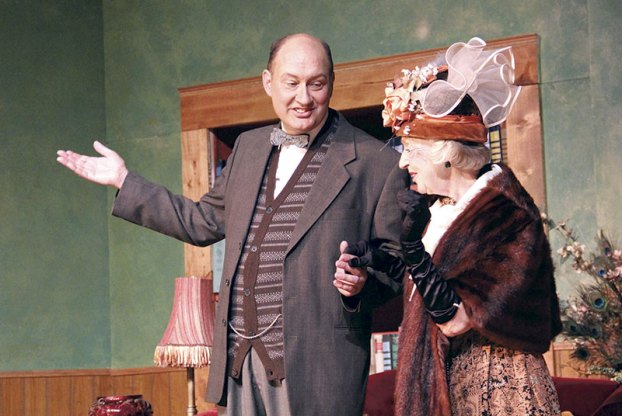 “Harvey” was a classic story of Vic Wylde’s childhood, and now he’s sharing the love.

Wylde is directing “Harvey,” Summerset Theatre’s last production of its 49th season. Performances will be at 7:30 p.m. Wednesday through Saturday with a 2 p.m. show on Sunday at Frank W. Bridges Theatre at Riverland Community College’s east campus.

“I hope we can bring in a new audience and introduce people to the story of “Harvey,” and [also] get people familiar with it back to revisit the story,” Wylde said. 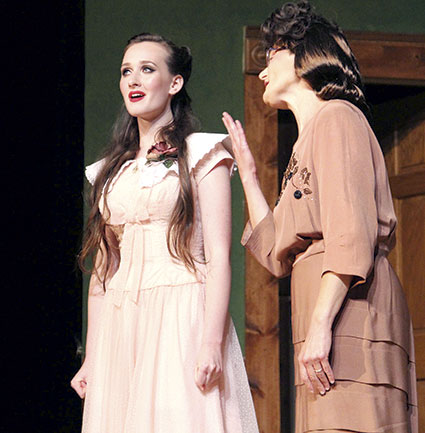 Veta Simmons, right, played by Karen Behlin, talks to Myrtle Mae, played by Ellie Dyke, during a rehearsal for “Harvey.”

The play tells the story of Elwood P. Dowd, an affable man who claims to have an unseen (and presumably imaginary) friend named Harvey — whom Elwood describes as a 6-foot, 3-and-1/2-inch tall pooka resembling an anthropomorphic rabbit. Elwood introduces Harvey to everyone he meets. His social-climbing sister, Veta, increasingly finds his eccentric behavior embarrassing. She decides to have him committed to a sanitarium to spare her and her daughter Myrtle Mae from future embarrassment. When they arrive at the sanitarium, a comedy of errors ensues.

The cast includes many veterans of the stage as well as family members sharing the spotlight. A husband/wife duo that play brother and sister and two father/daughter combinations in the cast and crew prove that “Harvey” is truly a story to be shared with family.

Though he has performed as an actor for several years at Summerset Theatre, director is a role Wylde has never played before. He decided to pursue the gig when we found out Summerset would stage “Harvey” because it was a favorite of his as a child.

“It’s a big undertaking,” Wylde said. “As an actor, you see bits of that but you don’t understand the full gravity of it until you do it.”

According to Wylde, he has learned a lot from directing his first production.

“It’s been an eye-opening experience,” he said. “Being a director is a tough job, but it’s also a lot of fun.” 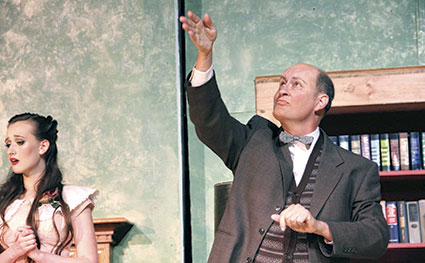 Tickets are $15 for adults and $10 for children ages 12 and under. They are currently on sale at the Summerset Theatre Box Office in room E107 in Riverland’s east building in Austin or online at www.summersettheatre.org. The box office can be contacted at 507-433-0595 or by emailing boxoffice@riverland.edu.

Summerset Theatre recently received a SEMAC (Southeastern Minnesota Arts Council) grant to help aid this summer’s production costs. SEMAC is one of eleven Regional Arts Councils designated by the state of Minnesota “to make final decisions on the use of appropriations for local/regional arts development.” SEMAC has served Dodge, Fillmore, Freeborn, Goodhue, Houston, Mower, Olmsted, Rice, Steele, Wabasha and Winona counties since 1977 and is charged with assessing regional needs and planning and administering programs and services using its legislative allocation. 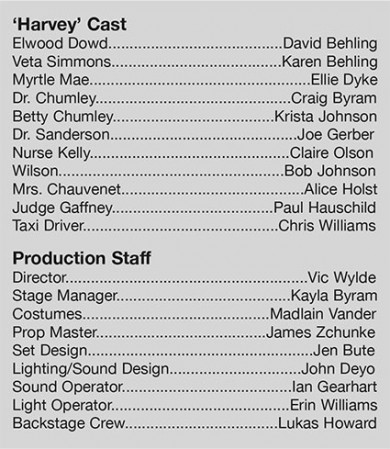 By Adam Pulchinski Marketing Coordinator Austin Area Commission For the Arts So if a picture is worth a thousand words,... read more