A new housing initiative is building toward what city, county and Austin Public Schools officials hope is a bright future.

The Austin School Board voted 4-0 to approve the first tax abatement request through the Austin Housing Initiative, a tax abatement plan agreed to by the city, county and school board with the hopes of sparking new construction and new housing. 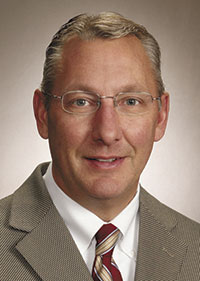 The Austin Housing initiative, which officially started Aug. 1, is seen as a way to spur development through an incentive of five tax-free years for new housing developments.

But each individual request must be approved after a public hearing with the city, county and school board within 30 days of the request.

“Depending on how many we get, we could be having these special hearings quite often or not often at all,” Director of Finance and Operations Mark Stotts said. “It all depends on how many requests come in.”

No one from the public spoke at Monday’s hearing.

Though board members pointed out they won’t get that money back, the idea is that the district, city and county will get additional revenue starting in five years and for several decades once the property reaches the tax rolls.

“In the long run, the hope is it will [spur] development, families will move in and we’ll see revenue that will amount to a lot greater than this in the form of additional kids in the district,” Stotts said.

“We’re not going to lose any current property taxes, it’s just we wouldn’t get the increase,” Krenz said.

“For five years,” Board Chair Angie Goetz added. “And then in five years, look out — a big jump, we hope.”

People and developers building homes or apartments can apply for the abatement through Dec. 31, 2019.

County Commissioners Jerry Reinartz and Tony Bennett voted against the plan in July, though it passed 3-2, with Reinartz arguing the plan unfairly backs new construction and does nothing to help landlords address blighted properties. Bennett argued the abatement will make for a tax shift and will increase the burden on other taxpayers during the abatement years.

A night of coloring; The Put Some Color in Your Life coloring event packs ArtWorks Center