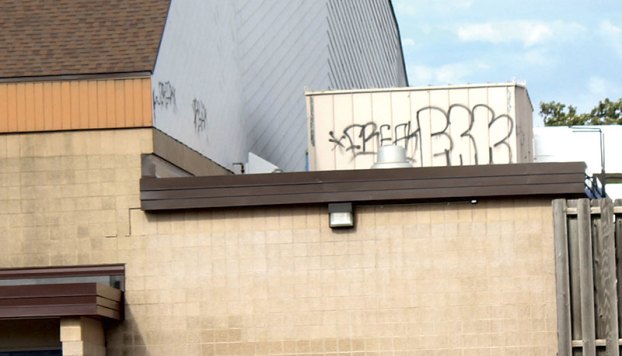 Graffiti has recently appeared in a number of places in Austin, most recently on Riverside Arena. Jora Bothun/jora.bothun@austindailyherald.com

After repeated graffiti incidents, Austin police are asking for help in finding individuals who have tagged “Freak,” “Litfox” and “Little Fox” on prominent buildings around Austin and in Lyle.

Police Chief Brian Krueger asked for the public’s help Monday in getting information about the people behind a string of graffiti incidents. At about 1:30 a.m. Monday, police found the world “Freak” spray painted in large bubble letters on the northeast side of Riverside Arena.

But it’s just the latest of several tagging incidents.

“There’ve been numerous tags the past few weeks around Austin,” Krueger said. 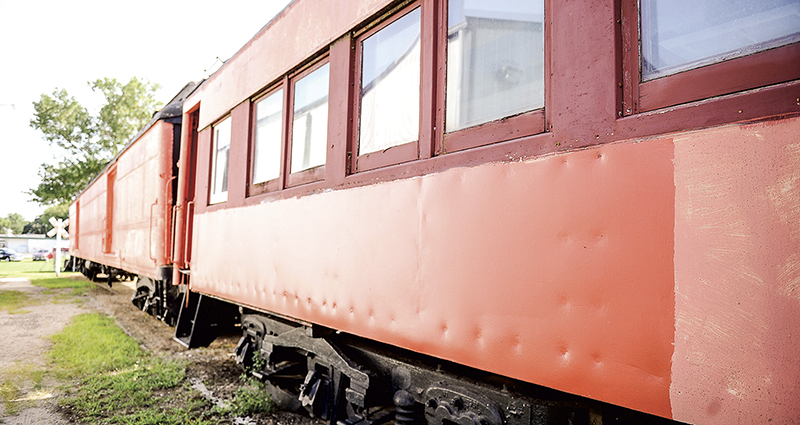 A quick coat of paint is applied to one of the train cars that was vandalized during fair week. — Eric Johnson/photodesk@austindailyherald.com

The incidents have picked up over the last three to four weeks with multiple tags reported at the Mower County Fair during fair week, including the words “Freak” and “Litfox” on the Mower County Historical Society’s train along with another tag in a bathroom.

MCHS Executive Director John Haymond noticed the graffiti on the train on Aug. 8 — just a day before the fair opened — and he had to find a quick fix to use some paint bought for touchups to partially cover the graffiti.

“I was not happy [when I saw the damage],” Haymond said earlier this month. “It’s damaging historically relevant property.” 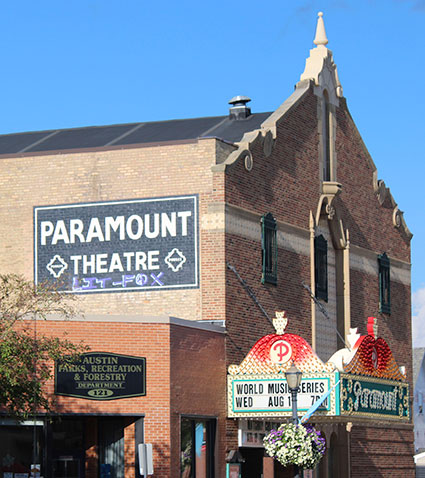 “Litfox” can be seen painted on the Paramount Theatre sign earlier this week. Jora Bothun/jora.bothun@austindailyherald.com

But the historical society isn’t alone. The Historic Paramount Theatre recently repainted its original mural from when the building opened in 1929, but that was tagged too, as was the back of El Mariachi Mexican Restaurant and a park, according to Krueger.

Tags have also been reported in Lyle.

Police are asking anyone with information on the tags to come forward, and Krueger noted the tips will be anonymous. People can report tips to the police department by calling 507-434-9400 or the Tip 411 line. The Tip411 app can be found at www.ci.austin.mn.us/police-department/make-our-community-a-safer-place.