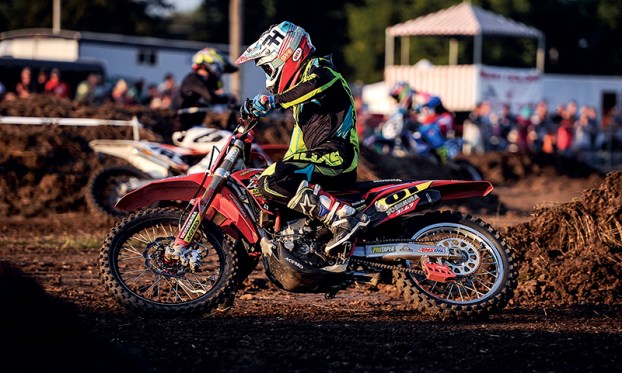 Lyle’s Payton Harrison heads into a turn during the 450 B race of the Motokazie event Tuesday night at the Mower County Fair. --Eric Johnson/photodesk@austindailyherald.com

Nate Kohnke wasn’t able to compete like he wanted to at the Motokazie at the Mower County Fair, but he was able to to get on the track.

Kohnke, a 23-year old from Oakland, Minn., has competed in five pro races this year and he will be competing in another pro race in New York soon, which kept him from competitively racing Tuesday. However, Kohnke was able to get out in the pit bike race, which he won.

“I’m kind of bummed that I couldn’t race tonight, but it’s kind of hard when I’m all packed up and ready to race in New York,” Kohnke said. “It’s nice to ride close to home where everybody knows who you are.”

Kohnke has put in plenty of time on the dirt track this summer as he’s competed in around 35 total races. He nearly finished in third place in a race at the Spring Creek Motocross Park in Millville recently, but he ended up crashing down the stretch. 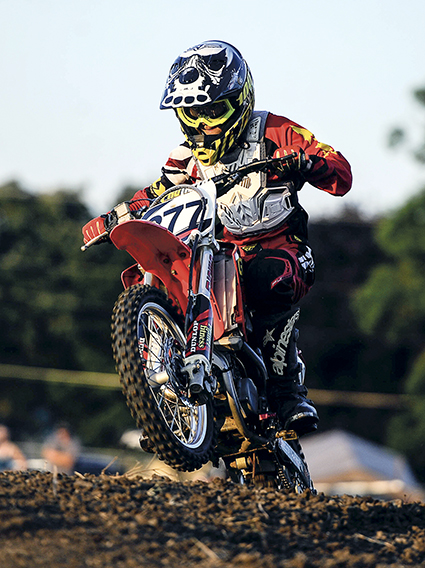 Austin’s Izaak Parrell leaves a jump during the 80cc-105cc race of the Motokazie event at the grandstands of the Mower County Fair Tuesday night.

“I’m still racing, trying to do as much local stuff as I can. I’ve done a few pro races,” Kohnke said. “I’m just trying to keep myself busy working full time, still riding and being a normal human.”

Whenever he’s in a big race, Kohnke still has that burst of energy before he takes off.

“Every time you go out of the gate, you’re ready to go,” he said. “I’m friends with a lot of those guys out there, but as soon as that gate goes, it’s racing time.”

Izaak Parrell of Austin took fourth place in the 85CC 12-15 year olds division and Alexa Vesel of Austin took first in the shift and shaft and she was second amongst the seven total 4 x 4s in her group.

The Austin Blue Sox were three outs from advancing in the Section 4 playoffs when everything fell apart and they... read more