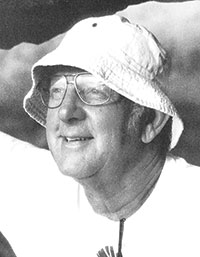 Michel Roy Barth, 71, of Spokane, Washington, passed away on Thursday Aug. 11, 2016. His passing was unexpected and sudden as he had just recovered from surgery to remove a cancerous prostate. Doctors speculated that it was a pulmonary embolism (blood clot) which caused his passing.

Mike grew up in Austin, Minnesota, and spent many a wonderful summer with family and friends at the Barth family lake cabin in Wacouta (Red Wing). After graduating from high school, Mike drove to Santa Barbara, California in his World Ware II surplus Willys Jeep to attend Brooks Photography Institute and graduated with a BA degree. He moved to San Diego, California, where he met and then married his wife Sidoney in 1971. Mike and Sidoney have two sons, Dan and Stephen. Mike started his business, Mike Barth Photography, in La Jolla, California, and maintained a level of quality in his work and camaraderie with the community that was unmatched for over 40 years until his retirement. Mike was a principle part of the fabric that was the La Jolla and University City communities where he worked and lived.

In 2014, Mike and his wife Sidoney, moved to Spokane, Washington, for its closeness to nature for which Mike loved dearly.

Mike carried a beautiful persona and spirit with himself at all times that affected everyone positively for the better. He caught many fish in his life. He planted many a tree which will continue to stand in his remembrance, namely the Torrey Pines that grow alongside the highway that enters La Jolla.

Mike is survived by his wife, Sidoney, of 44 years; his sons, Dan and Steve; Dan’s fiancée, Kelli; daughter-in-Law, Becky; two grandsons, Dorian and Spencer; his brother, Jerry; sister-in-law, Nancy; and other family members.