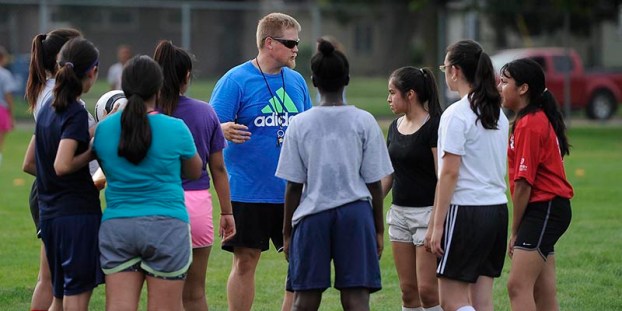 All in the family: Levisen takes over as Austin girls soccer team’s head coach

Jake Levisen was preparing for his 10th season of working side by side with his brother Jens, the head coach of the Packer boys soccer team, when he found out he would have a chance to run his own team.

Former Austin girls soccer head coach Enrique Camarena-Corzo had resigned and Jake was quick to move in when the job opened up. Now he’s looking to take a competitive program to the next level. 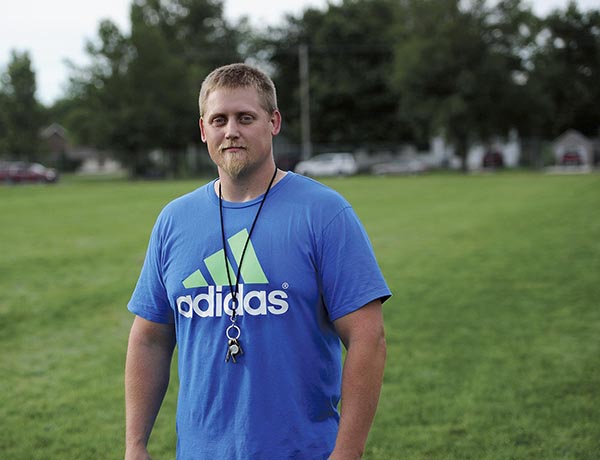 Jake Levisen has taken over as the head coach for the Austin girls soccer team. Rocky Hulne/sports@austindailyherald.com

Jake was thinking about getting involved in the girls program for the past few years.

“I had a lot of the athletes in class and I thought if there was ever an opportunity I would like to apply,” Jake said. “Three weeks ago that opportunity arose and I didn’t hesitate. Now’s a good time because the boys program has been successful and I’d like to see what I can do for the girls program.”

It was a quick adjustment for the Packers to react to a new head coach, but they think he’ll be fine in his new role. Paige Raymond is looking forward to making improvements this fall.

“It was a quick turn around. I think we can take it a little further with Jake as our coach and I think he’ll help us get to the next level,” Raymond said.

Emily Hegna said that Jake’s energy has lifted the team early on.

“He’s really upbeat and he’s getting us to work a lot more on the technical side of the game instead of just kicking and running,” Hegna said.

While Jake is glad to be getting a head coaching job, he said it is tough to walk away from his brother and the Packer boy soccer team. Austin’s boys team was one win away from the Class A state tournament last fall.

“Sometimes it’s like buyer’s remorse,” Jake said. “I’m so excited, but I’m going to miss it. I worked with my brother for nine years and now we’re going to be on separate teams. It’s bittersweet.”

Austin finished 9-8-1 overall last season and it had its season end in the second round in a 2-0 loss to St. Peter.

The Packers will open their season at Worthington 4 p.m. Aug. 26. The Packers home opener is against Rochester John Marshall 7 p.m. Sept. 1.

The Packer football team is three days into practice and it’s already got its mind on turning things around this... read more