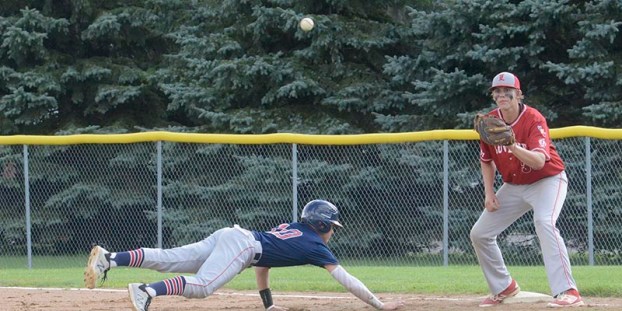 The Austin Post 1216 VFW baseball team opened the state tournament in dominant fashion as it beat Luverne 10-3 in the opening round in Fergus Falls Thursday. 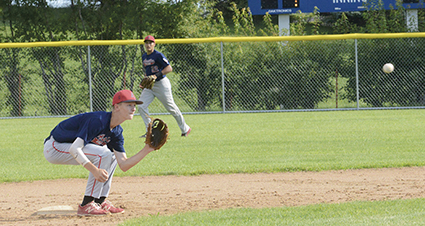 Austin will now play the winner of Centennial and New Ulm in Fergus Falls 10 a.m. Friday.

Post 1216 turned a double play to escape a jam in the top of the fourth inning, and Phillip Zynda gave Austin even more momentum when he blasted a solo homer to put Austin up 5-2 in the bottom of the fourth.

“It was a good team effort by everyone,” Austin assistant coach Mike Schumacher said. “Ross Young had three spectacular catches in the outfield.”

Josi Bothun picked up the win on the mound for Austin, Zynda went three-for-three and Hunter Guyette went three-for-four with a double and three RBIs.

Austin head coach Mark Conner was pleased with how his team played in its first game at state.

“In the first game of any tournament, including state is alway one you look forward to,” Conner said. “I knew we would be very competitive, but it’s the little things. You can be a little tight or anxious, but the boys handled it very well.” 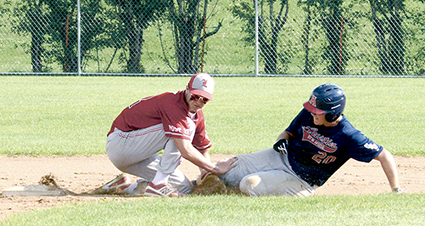 Josi Bothun is tagged out at second base against Luveren in the state VFW baseball tournament in Fergus Falls Thursday. Zach Stich/Fergus Falls Daily Journal

Austin All-Stars baseball will host fall baseball tryouts at Todd Park Aug. 27 and 28. There will be teams for... read more