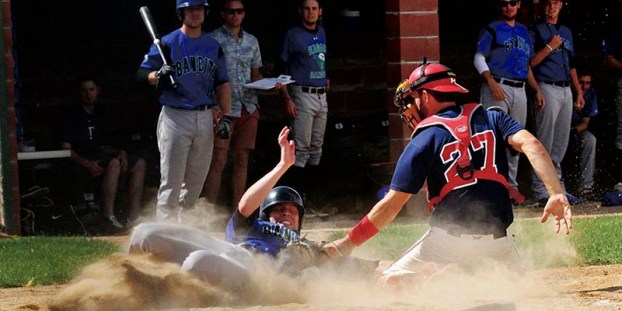 Matt Raso of the Austin Greyhounds tags out an Eagan runner at home place in Eagan Sunday. Photo Provided by Mary Nelson

The Austin Greyhounds undertook a major youth movement this summer and it has paid off for them.

Austin will open state tournament play against Cold Spring at Lichfield 7:30 p.m. Saturday. The Hounds and Cold Spring were supposed to play in Target Field earlier this summer, but that game was rained out and will likely be played next year.

“We joked that we should just play our state game in Target Field,” Hounds manager John Frein said. “Cold Spring’s team is very similar to ours and we know their program and coaches very well.” 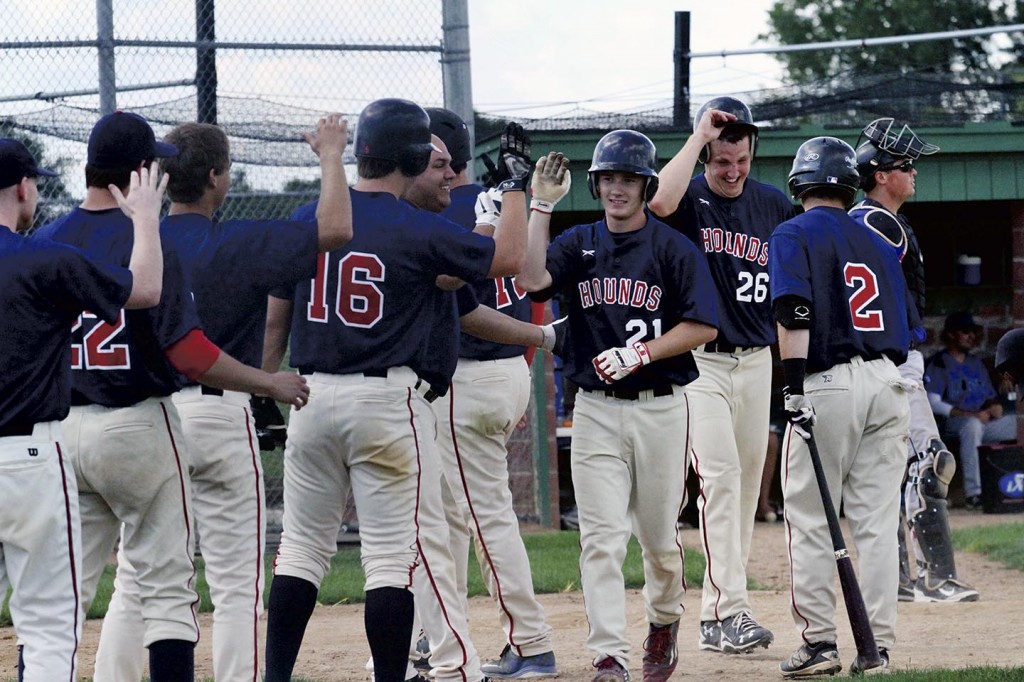 The Hounds were facing the end of their season in Eagan on Sunday when recent Austin grad Nate Conner blasted a game-tying three run homer in the eighth inning and the Hounds eventually won the game 6-5 in extra innings.

Frein said the Hounds are coming into the state tournament on a high after that big win.

“Nate showed some spark and it reminded me a lot of us when we were younger,” Frein said. “That game was over until his bat hit the ball and it gave us all momentum. I’m excited for these young guys having success. It’s been a nice transition this summer.”

The Hounds are hoping to have much of their regular roster at the state tournament and they’re going to rely on Nelson Nelson to pitch them past a tough Cold Spring team. Frein is expecting a low-scoring game and he thinks Nelson is coming in on a hot streak.

“Nels could beat anyone in the state right now. We’re confident in him,” Frein said.

Dankert The city of Austin is in the early stages of discussing a 9 percent levy increase for its 2017... read more