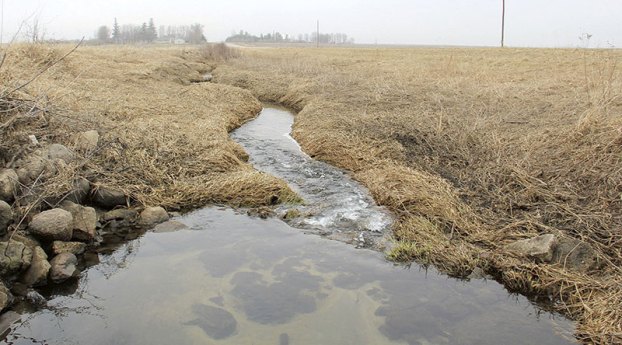 Water Quality: Time for public to weigh in on new buffer strip law

Farmers and other stakeholders have criticized the plan to require buffer strips around Minnesota streams, rivers and some drainage ditches. They now have chance to influence how that law is implemented.

The Board of Soil and Water Resources is in the process of setting policies and taking input on how the law should be implemented and enforced.

It will consider input from the public and stakeholders on determining compliance, reporting requirements and tracking progress.

Preliminary rules call for taking public comment on the way the state can withhold funding from local jurisdictions who do not implement the law.

Local water conservation districts must report progress on the implementation of buffer strips in February of 2017 and three times in 2018. The emphasis seems to be on compliance and mandatory reporting.

Some land will be exempt from the buffer law, and the preliminary rules call for how the exemption will be reported and what those exemptions are. In most cases they involve land that already provides some waterway protection consistent with state law.

Another option to be discussed after public comment involves policies where landowners may provider alternative methods of water protection other than buffer strips. In some cases, holding ponds will be considered.

The issues on buffer strips can be significant and the proposed rules will influence how local soil and water conservation districts carry out the buffer law. The rules call for strict enforcement and accountability, and a suggestion that those who control bodies of water not covered by the law be nudged to consider buffer strips.

Now is the time for stakeholders and the public to provide input on this law that will have significant impacts on farming practices and water quality.

Preliminary policies for are available for review on the BWSR Buffer Program website: bwsr.state.mn.us/buffers/. Information and comments on these preliminary buffer policies will be accepted until 4:30 p.m. July 27.

Comments may be submitted via email to: buffers.bwsr@state.mn.us; or may be mailed to: David Weirens, assistant director for programs and policy, BWSR, 520 Lafayette Road, St. Paul, MN 55155.

The BWSR Board will decide on final policies at its August 2016 Board meeting.