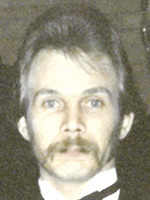 Vernell L. “Bernie” Gullickson, 63, of Austin, Minnesota, died Friday, July 15, 2016, at Mayo Clinic Hospital – Rochester, St. Marys Campus. Vernell “Bernie” was born on Dec. 14, 1952, in Austin, Minnesota, to Grant E. and Lorraine J. (Anderson) Gullickson. He graduated with the class of 1971 from Albert Lea High School. Bernie began his career with Midwest Diesel in Austin, and then later worked at Farmstead Foods in Albert Lea. He finished his career with Hormel Foods in Austin, and due to health concerns was forced to retire early. Bernie loved to fish, enjoyed going to sales and auctions, and treasured time spent with his friends.

Memorial services will be held at 1 p.m. on Friday, July 29, 2016, at Worlein Funeral Home Chapel in Austin with Reverend Karen Behling officiating. Vernell’s family will greet friends on Friday from 11:30 a.m. to 1 p.m. prior to services at the funeral home. Interment will be in the Oakland Lutheran Cemetery, rural Oakland, Minnesota. Condolences may be expressed to the family online at www.worlein.com.

Hormel celebrates with its families; Workers, families gather for 125th at plant on Sunday

Hormel Foods Corp. workers and their families gathered at the Austin plant on Sunday to celebrate as part of the... read more