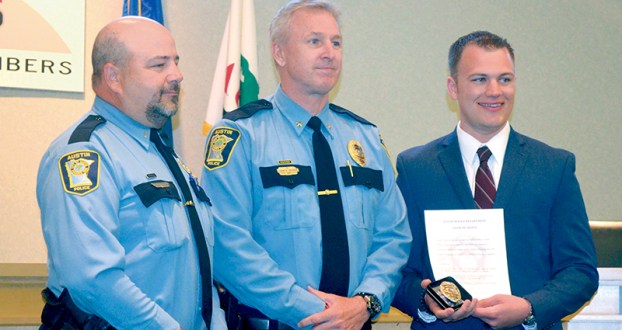 Dustin Hicks and John J. Mueller are the newest faces of the Austin Police Department.

They were sworn in as officers in the Austin Police Department Tuesday morning at the city’s City Council Chambers.

“These guys have a lot to look forward to,” Austin mayor Tom Stiehm said.

Hicks is originally from Menomonie, Wisconsin, and previously worked at IBM in the finance department and more recently Think Mutual Bank in Rochester. After deciding to switch career paths, he received his degree in law enforcement from Rasmussen College. 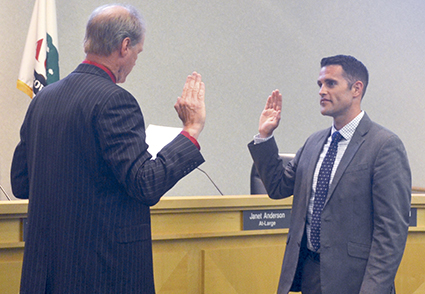 “I just want to help out the community,” Hicks said. “It’s a great community of people to work with.”

“I kind of fell into my father’s footsteps,” Mueller said.

He attended Chippewa Valley Technical College in Eau Claire, Wisconsin, and started working at the Stanley Police Department as a law enforcement officer in 2013.

“I liked getting out and meeting new people every day,” Mueller said of his previous job.

Although he enjoyed his time in Stanley, Wisconsin, he is excited to serve a new community.

“I’m looking forward to helping out the community and making it a better place to live,” Mueller said.

Austin is officially joining a group to help its efforts to welcome minority and immigrant populations. The Austin City Council... read more