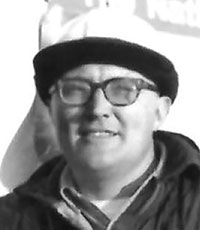 Lawrence Henry Hansen, 87, of Austin, Minnesota, passed away peacefully at home on July 12, 2016.

He was born on Nov. 20, 1928, the first born of Albert and Lorna Hansen. He graduated from Austin High School in 1946 and was a life-long resident of Mower County. He started a trucking business in the early 1950s and operated Lawrence Hansen Trucking for 63 years. Lawrence loved to work. In his retirement years he enjoyed driving around critiquing construction projects in the area and complaining about government waste.

Lawrence is also survived by his sister Shirley (Charles) Lightly of Austin, Minnesota, and his brother Everett (Mary) Hansen, also of Austin. Lawrence was preceded in death by his parents Albert and Lorna Hansen, his brother Edward Hansen, and his grandson, Hunter Bononi.

His wishes were to have a private memorial service. Worlein Funeral Home of Austin is assisting the family with arrangements. Condolences may be expressed to the family online at www.worlein.com.