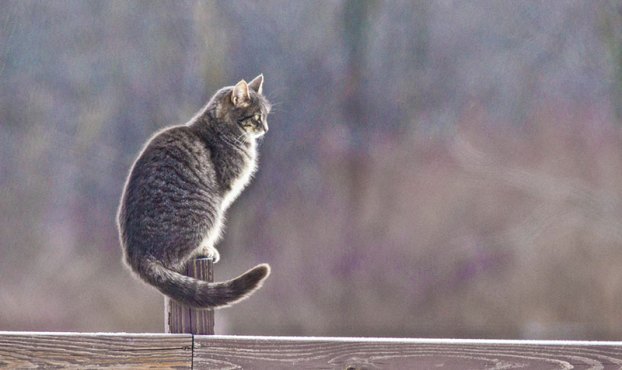 The Mower County Humane Society and Austin Police Department both see issues with feral cats and overpopulation at the humane society and the city animal shelter, but the two differ on one plan proposed to ease the burden.

Last month, Kelly Rush and Jay Lutz of the Mower County Humane Society discussed two trap, neuter, release programs with the council as a way of reducing feral cat populations and the number of kittens taken into the shelter.

But at a Monday work session, Austin Police Department leadership voiced concerns about changing language on pet ownership within the city ordinance for such programs.

McKichan and Chief Brian Krueger voiced concerns about the programs coming into conflict with the city ordinance.

While police won’t cite residents for feeding feral cats or other animals, city ordinances state that a person takes ownership of a feral cat if they continually feed or harbor the animal. With ownership, the person is responsible for making sure it has shots and that it isn’t allowed to roam at large or become a public nuisance.

McKichan argued that when feral cats are fed or have some human contact, they often become more comfortable with humans; however, they’re still known to kill some native wildlife and can then be involved in many bite cases that require a police response.

McKichan said Austin’s ordinance is similar to other communities’ ordinances, and he said it gives the department the ability to address neighborhood concerns about people supporting or attracting feral cats.

“We would leave the ordinance as is,” McKichan said.

McKichan said the city could look at a trap, neuter, release program; however, he stressed the ordinance language also gives neighbors who don’t like feral animals in their area a voice.

“If all of a sudden we let folks feed, we are not giving a voice to the neighbors who are impacted by a colony of cats,” he said. “Their lifespan goes up because of the feeding to them, and I think they lose that fear of humans and we see more bite cases.”

Krueger told the council that the city takes in 340 to 400 animals each year in its animal shelter, and he said the city euthanizes more than 100 cats a Year. But very few owners come forward and the city shelter sees few adoptions. In fact, out of 136 cats last year, only one owner came in to claim a missing cat, he said.

However, Rush said the humane society, which takes in some animals from the animal shelter, needs to clear space to take more of those animals, which are often adoptable.

Rush said they get many calls from people wanting the humane society to pickup kittens born to feral cats in garages or sheds.

“They want to unload the kittens on us. We’re full right now,” she said. “We’re full and I’m going to be full space-wise probably for another three to four weeks.”

Adoptions are traditionally down in the summer as people travel on vacation and get ready for school, according to Rush. The city pound will have some pets that are adoptable and show signs they were once pets, but the humane society doesn’t have room for them.

Rush said the city shouldn’t have to euthanize such former pets if there’s room at the shelter. She said they’re looking for some help to control the numbers.

“What I’m looking for is: Let’s reduce the kittens through some sort of TNR [trap, neuter, release] type of program,” she said.

However, Krueger said the police department is already averaging three-plus calls a day for animal traps, and he voiced concerns such a plan could tax the community service officers if more people start using traps through a trap, neuter, release program.

However, Rush doesn’t want the city to be part of that. She wants private citizens to bring in trapped cats and then release them.

A trap, neuter, release program allows cats to be captured, spayed or neutered and released into the area from which they came. Those cats will have a tipped ear to signify they are fixed. Over time, the population of feral cats will dwindle. Kittens and tame cats are removed from the colony, fixed and placed into foster homes where they are nurtured until they can be adopted. The human society would work with programs like the Minnesota Spay Neuter Assistance Program (MN SNAP) or others in the cities to get the cats spay or neutered.

“When they’re gone, then they’re pretty much gone,” Rush said. “You’ve only got a few there. The numbers are down. That’s another way to look at it.”

McKichan referenced a mixed response to whether such trap, neuter, release programs have worked in other communities, and he said there’s not enough proof that the program would eliminate feral cat populations.

Even if the humane society used such a program, McKichan said the ordinance still states that people can trap animals or feral cats and turn them over to the pound, whether they have a clipped ear to show they’re fixed or not.

McKichan said it could create more complaints to release animals captured in traps and taken into the pound, even if they’re fixed, because some homeowners may be unhappy to see them back regardless of them being fixed.

Rush also called on the city to raise limitations allowing people to own three pets in the city to five, adding it would help the humane society and arguing its not a realistic number for many people.

However, Krueger said increasing the number of allowed pets would lead to animal nuisance complaints.

“I think that’s way too many,” Krueger said.

McKichan added that many of the animals at the pound were once pets. By introducing more animals to the system, the odds of animals getting loose, biting someone and become a nuisance will increase.

“Adding more animals to the system would likely result in more calls for service and the need for more resources,” McKichan said.

The council didn’t take any action on Monday surrounding the issue.

“Its going to take a lot of time to educate people,” she said, referencing Facebook, community service officers and other such means.

The council instructed Planning and Zoning Administrator Holly Wallace to work with the police department and humane society toward ways to strengthen the city’s breeder limitations.