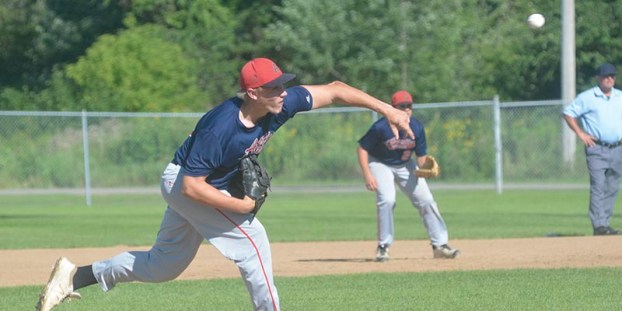 The Austin Post 1216 VFW baseball team didn’t have a lot of time to think about a tough 6-1 loss to Rochester Century in the Sub-District tournament Sunday, but Post 1216 didn’t show any signs of being rattled as it picked up two season-saving wins in Marcusen Park Monday.

Austin downed Mantorville 11-1 in five innings in an elimination game and it topped Century 8-4 to force a Sub-District title game against Century in Marcusen 5 p.m. Tuesday. 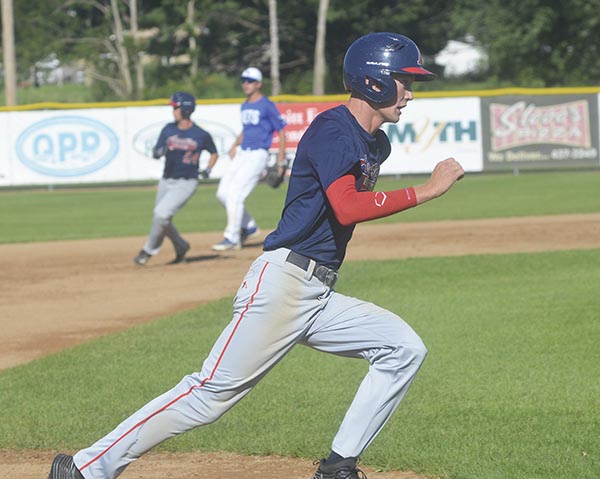 Austin racked up a total of 21 hits in the two games and its pitchers allowed just six hits as Luke Hawkshead picked up the win in game one and Jack Dankert went the distance and struck out eight to get the win in game two.

“They stuck with it. The defense played well and we knew if the ball was put in play, we could get them out,” Austin assistant coach Tom Dankert said. “We had a lot of two out hits and we had a lots of guys in scoring position. Over the last couple of games we haven’t had the situational hitting that we had today.”

Riley Wempner put Austin up 2-1 over Century when he grounded a single through the right side of the infield to score two runs in the top of the third inning. Post 1216 pushed its lead to 5-2 in the fourth when Wempner knocked in another run and Ross Young singled in a run.

Hawkshead said that Post 1216 was playing with added motivation when it knew its season was on the line.

“We just had to pick up the intensity,” Hawkshead said. “Yesterday we kind of came out flat and that kind of hurt us.” 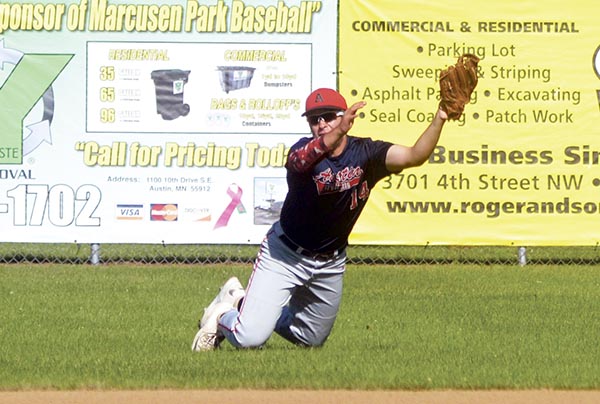 AJ Mueller stretches out to make a catch in right field for the Austin Post 1216 VFW baseball team against Mantorville in Marcusen Park Monday. Rocky Hulne/sports@austindailyherald.com

Due to the game being played a day later than expected after heavy rains on Saturday, Post 1216 was missing part of its coaching staff, which meant that Kansas State University baseball player and Austin native Steve Serratore had to chip in with coaching.

“It was fun playing under Steve,” Wempner said. “He got us hyped up from the start.”

Austin will have to beat Century again on Tuesday if it wants to move on to the District tournament in Owatonna and Wempner said that Post 1216 has the depth to do it.

“We’re going to be playing the same team so they’re going to know what we have, but we have some pitching left,” Wempner said. “All we’ve go to do is hit the ball and we’ll be fine.”

The Austin Post 91 Legion baseball team had its season come to an end when it lost 9-4 to the... read more