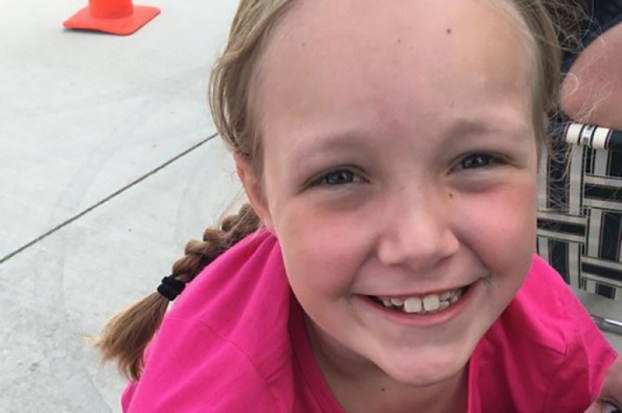 Sophie Stultz, 8, died Saturday after getting into a car crash while riding her bike in Albert Lea. Photo provided

ALBERT LEA — Communities tend to come together in times of tragedy.

Albert Lea is no exception.

Following the death of Sophie Stultz, 8, on Saturday, the surrounding area has come together in attempts to help the Stultz family in any way it can.

A GoFundMe page that was started for the family with a potential goal to raise $8,000 raised over $11,000 is less than 24 hours as of Sunday afternoon. The page can be found here for those interested in donating.

“We are deeply saddened at the loss of our little girl and are relying on our faith, family, friends and the community for strength in moving forward at this time,” said Sarah Stultz, Sophie’s mother, in a statement.

“Sophie was a special girl who could light up the room with her smile. She has been and will continue to be a shining light in our lives and in the lives of many others. We thank those who influenced her for good during her life.”

Sarah Stultz is the managing editor of the Albert Lea Tribune. She and her husband, Jason, also have a son, Landon. The Stultz family are very involved in the community through their church, and Sarah Stultz is also involved with the Salvation Army and the efforts to bring a splash pad to Albert Lea, among other organizations.

According to an Albert Lea Police Department press release, emergency personnel responded to the intersection of Frank Hall Drive and East 8th Street for a report of a “car vs. bicycle crash” with injuries at around 11:31 a.m. Saturday.

On scene, responders determined that a 2003 Mercury Mountaineer driven by a 70-year-old Albert Lea man had hit a bicycle that was ridden by an 8-year-old Sophie Stultz of Albert Lea. While on scene, emergency personnel attempted lifesaving measures and Sophie Stultz was transported to Mayo Clinic Health System in Albert Lea. She later succumbed to the injuries she sustained in the crash.

The names of others involved in the incident are being withheld pending notification of family.

Numerous people and organizations throughout the community have inquired as to other ways to help the Stultz family, such as benefits and fundraisers. A group is being put together to help coordinate such efforts. Those interested in participating can contact Tribune photographer Colleen Harrison at 507-379-3436 or by email at colleen.harrison@albertleatribune.com.

The Austin Post 91 baseball team finished in second place in the Rochester tournament after it lost 5-1 to Madison... read more