A Dexter man charged with multiple allegations of sexual assault in 2014 was sentenced Thursday. 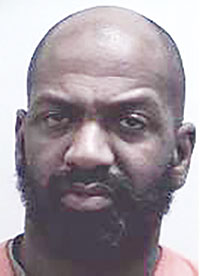 William Alexander Witcher, 46, was sentenced to three years of supervised probation, with 365 days in Mower County Jail if he fails to follow the conditions set by the court. He also received 100 hours of community work service.

He also must register as a predatory offender, undergo a psychological-sexual evaluation, and he can’t have unsupervised contact with children under age 18, along with several other conditions.

Several other charges were dismissed in one case, including felony second-degree and fourth-degree criminal sexual conduct. Witcher also pleaded guilty to one count of misdemeanor domestic assault/fear in a third case, and a charge of misdemeanor disorderly conduct was dismissed.

According to court complaints, Witcher allegedly groped one victim over clothing one day in a barn in the summer of 2013 while he was living in Dexter.

The next morning, at about 4 or 5 a.m., Witcher allegedly snuck into the victim’s room, went to her bed, and touched her under the covers. A roommate led Witcher out of the room and locked the door. The roommate later told police Witcher was drunk.

Witcher was also convicted of second-degree criminal sexual assault in 1993 and sentenced to 25 years’ probation, but he was cleared in 2012.

Trial delayed for man accused of setting fire to…