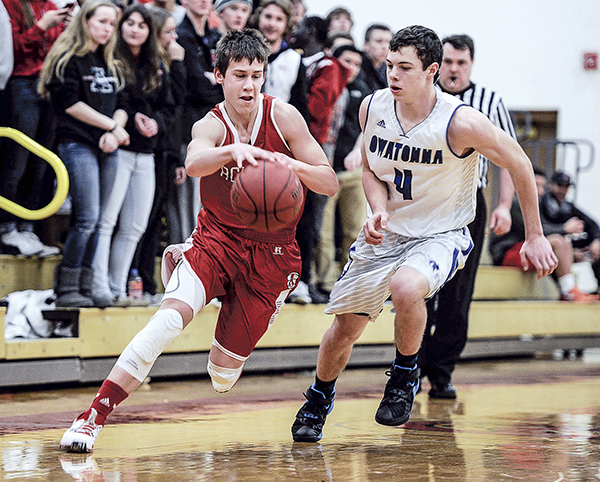 The Packer boys basketball team had to survive a late scare as they beat Owatonna 73-66 in Packer Gym Tuesday. 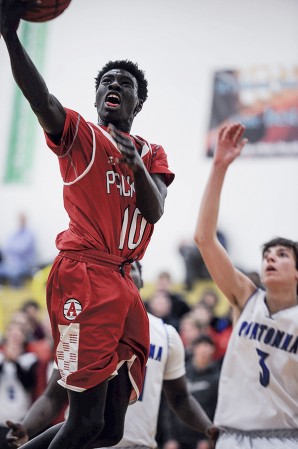 Austin’s Mark Manyuon heads up for a layup in the first half Tuesday night against Owatonna in Packer Gym. Eric Johnson/photodesk@austindailyherald.com

When Austin got the ball back Both Gach made one of two free throws and Kyle Oberbroeckling pulled down an offensive rebound to set up Both for another free throw that helped put the game away with 28 seconds left.

“You expect good teams to make runs on you,” Austin head coach Kris Fadness said. “I wish we would’ve responded a little bit better, but it’s a credit to [Owatonna] and the way they played. They jacked up their intensity level in the second half.”

Oberbroeckling finished with a career-high 19 points and he added five rebounds. He was able to do all of his damage inside against an Owatonna team that has a big front line.

“I knew they were big and I just figured if I scrap, I can do well,” Oberbroeckling said. “I’m always the shortest one out there, but if you just move your [body] into them you can get position and that’s key.”

Austin led 14-13 to start the game when Duoth Gach and Elijah Andersen each drilled three-pointers during a 19-3 Packer run.

“I thought we played the first half real well and the momentum didn’t carry over that well,” said Austin senior Zach Coffey, who had 10 points. “Closing out the game was kind of tough with the pressure and every thing.”

“I thought Both Gach had a tremendous floor game,” Fadness said. “He played really well and it was nice to see him have that type of game offensively. I was really really happy for him and I thought Obie was outstanding again. “ 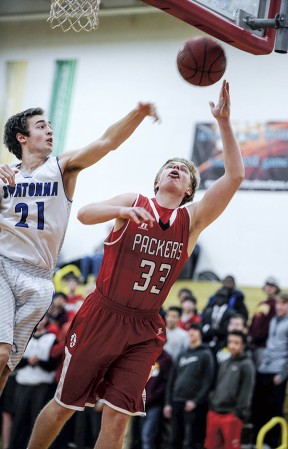 Austin’s Kyle Oberbroeckling puts up a shot in the first half against Owatonna in Packer Gym. Eric Johnson/photodesk@austindailyherald.com