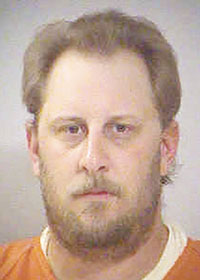 They faced a combined 11 federal criminal sexual conduct charges for allegedly producing several videos and images of child pornography in their Austin home.

The Edges’ sentencing brings to a close more than a year and a half’s worth of criminal proceedings.

The couple was charged in state court in April 2014 after authorities raided the Edge home in late March 2014. State and local authorities were tipped off by The National Center for Missing and Exploited Children about child pornography on the chat website Omegle.

Omegle tracked a Feb. 22, 2014, video chat and captured 26 images of an elementary-age girl performing sexual acts with an adult male, according to a court complaint.

While authorities initially thought Anthony was involved in making the video, an analysis showed the video caught on Omegle was a commonly known child pornography clip instead.

Police found two computers at the Edge house, along with recordings of a teenage girl showering. Officers found pinhole cameras inside the house and interviewed a victim, who was unaware she had been recorded. Defense attorneys say Anthony installed the cameras for he and his wife to use, but prosecutors alleged Anthony purposefully bought the motion-sensor cameras to record child pornography.

Later, state Bureau of Criminal Apprehension agents found a different video of Deborah talking with a naked elementary-aged child in a bathroom, according to court documents.

Authorities found another image of Deborah naked from chest to the thighs holding a pornographic image of an infant. 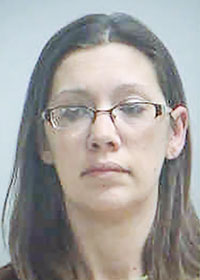 Detectives say Deborah told investigators the videos and images were made so Anthony could be admitted to an illicit adult web site. In federal court Monday, Anthony admitted Deborah made those videos and that he helped, adding the couple had discussed it previously.

Authorities said they found thousands of images and 27 videos of child pornography on the Edge’s computer.

Though the Edges also faced charges in state court, Mower County Attorney Kristen Nelsen previously said her office could drop charges depending on the federal sentences the Edges received.

The Edges have already lost parental rights to their four children. Deborah voluntarily gave up her rights in July 2014, while a judge stripped Anthony of his rights last October.

Deborah initially faced at least 15 years in prison for her role in the crimes. Anthony submitted a letter in July asking District Judge Michael Davis to be lenient on his wife, however.

“The punishment she has already endured is life changing, horrific,” Anthony wrote. “She has lost her husband, lost her children, lost her freedom, lost her home, along with the loss of many friends and family; she has lost her life.”

Anthony previously registered as a sex offender after he was convicted in 2006 of possessing nude pictures of minors. He was charged in 2004 in Olmsted County after police found about 2,300 images of child pornography on a computer he left behind at a former residence.

2 of the 3 vehicles hit were totaled, 26-year-old driver is from Austin By Sam Wilmes ALBERT LEA — An... read more