A season for the arts 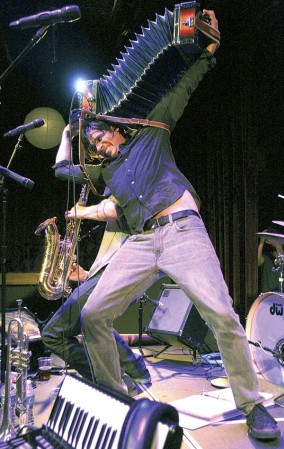 Get ready for a classic season of music, dance and more as the Austin Artist Series starts up once again this fall.

The 72nd season of the series begins on Oct. 5 with The Piano Men, a showcase of Elton John and Billy Joel songs from the ‘70s courtesy of Jim Witter. The show features a multimedia production to set the tone as people rediscover the 1970s music era courtesy of Witter and his band.

On Nov. 9, a particularly gifted family of pianists demonstrate their skills as the Juilliard School-trained Brown family — Ryan, Melody, Gregory, Deondra and Desirae — play classical and pop songs for the audience. The Five Browns, as they bill themselves, were all accepted to Juilliard at the same time and use their prodigious skills to amaze audiences.

The Alaska String Band will come to Austin on Nov. 23 to play their “Southeast Alaskan Odyssey,” a showcase of family friendly music spanning a variety of genres, from swing to Celtic, gospel to pop and more.

Austin will get a taste of Branson on Feb. 18 with “California Dreamin’,” a show based on the folk/pop era of the late ‘60s and early ‘70s. Featuring a classic quartet of two men and two women, the new show hails from Branson, Missouri, the entertainment capital of the Midwest. “California Dreamin’” will feature music from The Carpenters, The 5th Dimension, Peter, Paul and Mary, Joni Mitchell, Burt Bacharach, the Mamas and the Papas, Simon and Garfunkel, and more.

The season closes in Austin on May 2, when the Alex Meixner Band comes to town to play “Fascinating Rhythms of the World.”

Meixner is a Grammy-nominated, acclaimed accordionist who has been featured on “The Tonight Show.” His band is ready to play across genres ranging from Gypsy Jazz to Latin, folk to Zydeco-blues.

All shows are held at the Knowlton Auditorium inside Austin High School. Tickets are still sold on a season basis, as individual tickets to the shows aren’t sold.

The season is $45 for adults, $95 for families and $15 for students. All season punch cards will be distributed at either the Austin ArtWorks Center or the Oct. 5 show. Tickets will be available for sale at the Oct. 5 debut concert. For more information, contact Nancy Dolphin at 507-433-9387.

The chore of connecting stereo wires

It’s funny how what was a fun challenge as a kid can become like pulling teeth as an adult. I... read more