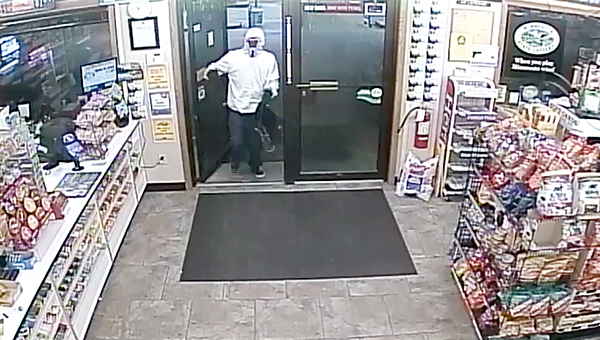 An image from surveillance video shows the suspect entering the Casey’s store on Aug. 31. — Photo provided

A 21-year-old Austin man is accused of robbing more than one gas station over the past few weeks. 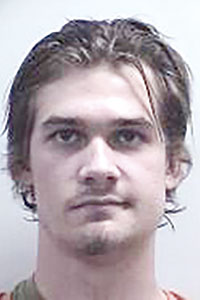 According to a court complaint, Dudley allegedly walked into Casey’s, located at 1702 12th St. SW, with a navy blue or black drawstring bag on Aug. 31. He allegedly wore a light gray hooded sweatshirt, a white T-shirt, dark pants, dark shoes, sunglasses, a black mask and carried a semi-automatic gun.

Witnesses saw the robber allegedly run into a minivan after the Casey’s robber, and one of the employees later recognized Dudley’s voice, according to the complaint.

Police later located several clothing items in the middle of the road at County Road 28 near Fourth Drive Southwest. An officer found a black glove a few days later, which police later matched with another glove found inside a minivan during a traffic stop.

In addition, numerous people came forward with tips after identifying Dudley’s shoes and drawstring bag, according to the complaint.

Dudley also faces warrants for failing to register as a predatory offender and a fifth-degree drug possession charge.