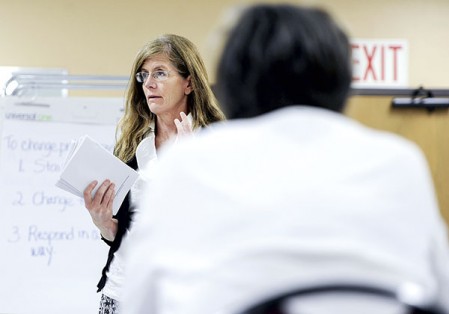 Ricki Walters has big hopes for when she’s 90 years old.

“I want to be able to walk and play with my grandchildren still,” she said.

But at a medical checkup, she was diagnosed with prediabetes and realized she needed to adjust in her lifestyle.

“I’ve got to make changes if I want to do that,” Walters said of living to 90. 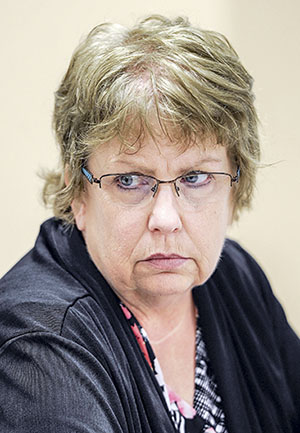 Though she could’ve opted to take medication, Walters decided to go a different direction to take charge of her health.

Walters, along with seven other participants, have been taking part in the first session of the YMCA Diabetes Prevention Program since March.

The program consists of weekly meetings where participants receive support from other members and learn through curriculum provided by the Centers for Disease Control and Prevention. Coordinator Jill Wagner leads the group in discussing a different topic each week. Many of the subjects relate to eating healthy, physical exercise, and dealing with stress.

“Everything we do in the curriculum relates to goals and preventing diabetes,” Wagner said.

Prediabetes occurs when a person’s blood sugar is higher than normal, but not high enough for a diabetes diagnosis. Risk factors include being overweight with a body mass index higher than 25, high blood pressure, and a family history of Type 2 diabetes.

According to the CDC, 86 million people in the U.S. have prediabetes, but only 9.5 percent of that number are aware of it.

“It’s so common it doesn’t seem to alarm people like it should,” Wagner said.

Unlike diabetes, prediabetes can be reversed. The key is fighting it early. 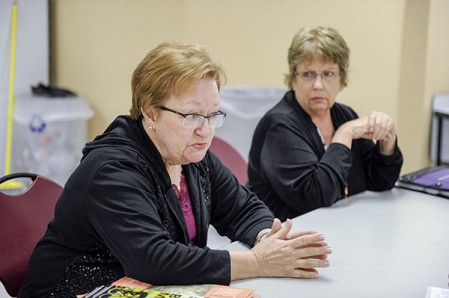 Sally Baker talks about why she joined the YMCA’s prediabetes prevention program before it’s meeting Thursday at the YMCA. Eric Johnson/photodesk@austindailyherald.com

“The changes you make when you have prediabetes have a bigger effect,” Wagner said.

That’s where prevention programs like the YMCA’s come in. The CDC-funded program started at YMCA’s about five years ago, but most YMCAs still don’t have the program.

For participant Sally Baker, finding her father’s death certificate this winter was the wake up call she needed to make a change. He died of complications from diabetes, which Baker found out she was at risk for developing.

“It was a surprise to me,” Baker said about her father dying from diabetes. “I realized I had to get my act together and start making better choices.”

Baker and the other participants track their weight, food and activities for accountability. All of the information recorded remains confidential for the participants.

“[The journal] is the biggest eye opener,” Baker said. “I thought I was going to hate doing it.”

The year-long program consists of two phases. In the first, the group meets weekly for four months to set goals and make a plan to reach them.

“This is a marathon, not a sprint,” Walters said.

Each participant strives to have at least 7 percent weight loss and increase their physical activity to 150 minutes — two and a half hours — a week. 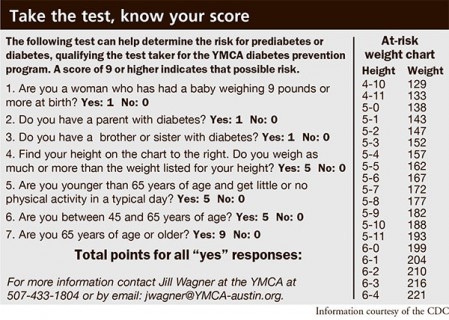 “Weight loss is a big goal for the program,” Wagner said.

In phase two, the group meets once a month for eight months and works to maintain the goals outlined in phase one.

Though the program has space for 15 people, Wagner believes the smaller group has been a positive for the participants.

“Little groups are better,” Wagner said. “They can share their problems and get help with them.”

Baker and Walters agree the group is very supportive and has helped them a lot.

“I was a little nervous at first about people being judgmental, but they’re not,” Walters said. “It’s just really positive.”

Now they see it as a support group and a way to relate with others dealing with the same issues.

“People need support,” Wagner said. “A lot of people want to do something, but it’s really hard to make lifestyle changes like that on you’re own.”

The group has a range of ages from people in their 40s through 80s, but anyone 18 or older is invited to join. So far, Wagner is impressed with the progress she’s seen.

“It’s going very well,” Wagner said. “Some of the participants are doing amazingly well, some aren’t doing as well. But they’re all in and happy with it.”

The cost for the year-long program is $429, but monthly payments of $37.35 can be made. The YMCA offers financial aid to qualifying participants and staff members. Quality Pork Processors will also help employees by paying for 80 percent of the program fee.

“It sounds like a lot of money, but the cost of having diabetes is thousands of dollars,” Wagner said.

Some of the participants, however, see the payment as motivation to work towards their goal.

“When they have to pay, it motivates them to attend,” Wagner said.

Walters and Baker agree that it’s worth the cost to participate.

“It’s just really positive, and I encourage others to participate,” Walters said.

For those concerned they may be at risk for prediabetes, email Wagner at jwagner@ymca-austin.org to take the risk quiz or contact provider to get a blood test done.