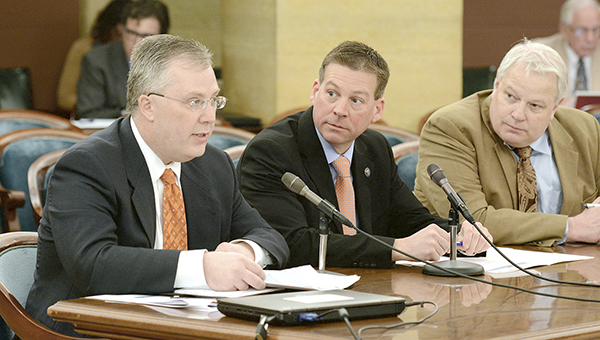 A local legislator’s attempt to get more housing options in Greater Minnesota is gaining ground in the state Legislature.

A workforce housing bill authored by Sen. Dan Sparks, DFL-Austin, has passed through the Senate Finance Committee and could be rolled into the Senate’s omnibus tax bill toward the end of the session. The bill would allot $40 million over the next two years to a newly created office of workforce housing to fund housing projects across the state using grants and tax credits.

“We need to make sure that we have that available, affordable workforce housing for people around the state,” Sparks said.

While the state supports several programs to provide low-income or affordable housing, Sparks’ proposal would support market-rate housing projects, defined as developments with an average value between $75,000 and $250,000 per unit in outstate communities.

The bill comes as outstate lobbyists and legislators have found increasing demand for more housing options in communities with booming populations around the state.

In Austin, area officials have tried to address housing issues over the past few years. A July 2013 study commissioned by the Austin Housing and Redevelopment Authority showed Austin needs more than 400 houses and apartment units to keep up with increasing population by 2020, along with more than 350 housing units for seniors.

Austin isn’t unique in this regard, according to Dan Dorman, executive director of the Greater Minnesota Partnership, the economic lobbying arm of the Coalition of Greater Minnesota Cities. Yet poor housing options could hamper recruiting efforts for larger companies like Hormel Foods Corp. to fill vacant jobs.

“This is a hindrance in getting people to accept jobs in our area. But we hear the same thing whether it’s Warroad or Worthington,” Dorman said. “It is to some extent an issue in many, many of the cities across Greater Minnesota that want to grow.”

City Administrator Craig Clark testified in support of the bill in March and once again last week. He and other supporters hope the office could help revitalize private housing developments through the tax incentives.

“There’s just a continuum of needs in housing,” he said. “That’s what our housing study demonstrated.”

Sparks’ proposal looks to have a good chance at passing into law in some form — Senate Majority Leader Tom Bakk, DFL-Cook, is a co-author and a similar House bill has bipartisan support.

The proposal is meant to be temporary, however.

“Our hope is that if we can get a few projects up and running and show this is sustainable, private developments will start up on their own,” Sparks said.