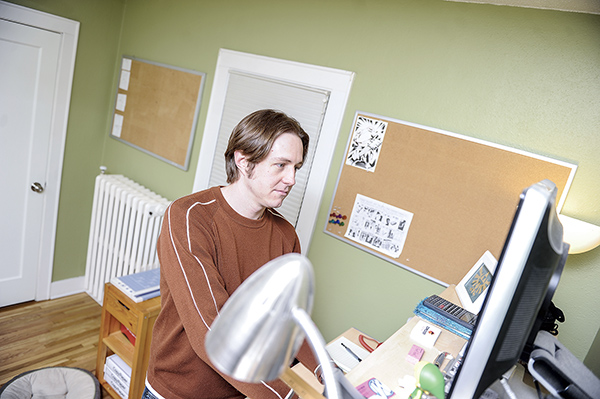 Sean E. Williams spends his time working from home in an upstairs office. Williams, along with Saori Adams have kicked off Comicker Digital, an online distribution platform for webcomics. Herald file photo

Williams, along with Saori Adams, has launched Comicker Digital, an online, ad-supported distribution for webcomics. The duo is tapping into the ever-growing world of webcomics — an ideal method for artists and writers to share their work while retaining control. 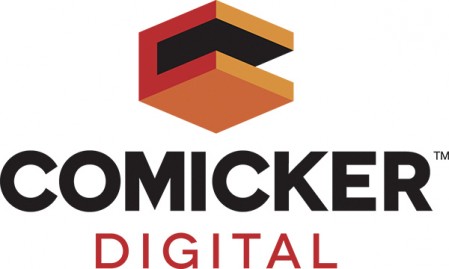 “I’ve been struggling with the idea of how to make money in the whole created-owned comics arena and how to build an audience,” Williams said. “Unless you’re writing a comic at DC or Marvel, it’s hard to get an audience unless you are doing webcomics.”

In a press release, Williams and Adams said they are launching the site with five different series.

The digital arena is ideal for a number of reasons, chief among them — reach.

“Basically, not everywhere has a good comic shop,” Williams said. “How do you reach all those people? Digital makes that possible. Anywhere they have open internet and can read English, then we have comics for them.”

Another aspect is the idea of rights. Aside from digital distribution rights that stay with Comicker, the artists and writers hold on to everything else.

It’s good for both of us because it’s hard when you’re not getting paid a page rate to not have a stake in any rights,” Williams explained. “They can self-publish print versions, take it to another publisher to print. We give them that flexibility — since we’re not doing print just yet — all the flexibility they need to make a series a success.”

The idea has been a long time coming. Comicker was formed last year with work progressing since then. It’s taken a bit longer than expected, but Williams said it’s not been as long in coming as it could have been.

The next step is getting an app off the ground, currently being worked on by the company Horizon Factory. From there Williams and Adams will begin looking at print versions.

“Eventually, we plan to move into print as well, but in order to get off the ground as quickly as possible, launching as digitally first made the most sense,” Adams said in a press release.

“That’s a little bit down the line still,” Williams confirmed.

The Comicker is a distribution platform, it’s not submission-based. Williams and Adams are acting more as recruiters as they tour the convention circuits.

“The best thing [artists and writers] can do is just go ahead and make their comics,” Williams said. “Going to local conventions and getting seen. It’s how we found the artists working with us now.”

“Currently, Comicker Digital is releasing series as ad-supported webcomics, collected as issues on comiXology and DriveThruComics, and through our subscription mobile app which is being developed and powered by The Horizon Factory. We realized that not all readers want their comics the same way, so we’re giving them as many options as possible. One size doesn’t fit all anymore.” — Saori Adams, co-owner with Sean E. Williams

• “The Casebook of Rabbit Black,” written and illustrated by Kate Sherron.

• “Some Kind of Blue Moon,” written by Michael D. Stewart, illustrated by Thomas Boatwright and lettered by James Greatorex.

Alison Scott. Photo provided With one of the strongest voices to come out of the Twin Cities indie music scene,... read more