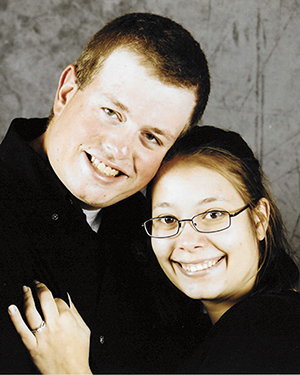 Tasha Marie Schallock, of Orchard, Iowa, and Cory Wade Block, of Lyle, Minnesota, announce their wedding. The couple was married on Aug. 29, 2014, in Las Vegas, Nevada.

Tasha is the daughter of Colleen and Robert Martin. She graduated from Osage, Iowa, High School in 2010 and attended NIAAC in Mason City, Iowa. She is currently employed with The Children’s Ark in Chamberlain, South Dakota.

Cory Block is the son of Dawn and Gene Block of Lyle, Minnesota. His grandparents are Ronald and Beverly Haugland of Lyle, and late grandparents are Lois Haugland, Donald Block, Merlyn Block Veenhoff and Bill Veenhoff.

The couple lives in Chamberlain, South Dakota. There will be a reception for Cory and Tasha on Feb. 21, 2015, in Osage, Iowa.