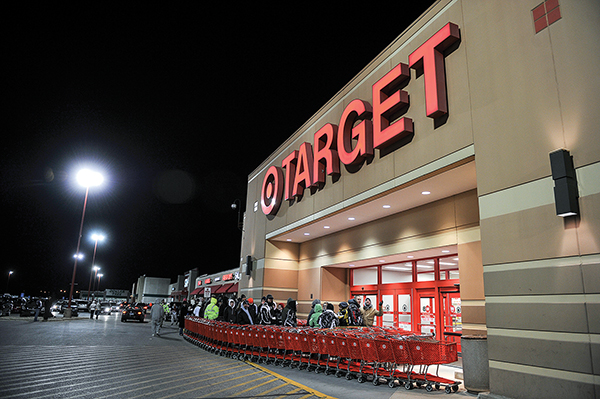 A line of shoppers stretch the length of the mall, waiting to get into Target at a past Black Friday. It was confirmed Tuesday morning that the store is closing Jan. 31. Herald file photo

Target Corp. spokesman Evan Lapiska confirmed the closure this morning and said it was due to financial performance and longterm profitability, adding that the company closes stores that show several years of declining earnings.

Target is closing a total of 11 stores.

“The decision to close a Target store is only made after careful consideration of the long-term financial performance of a particular location,” the company stated in a press release.

Employees were reportedly informed of the closing on Monday. Austin’s Target, which opened in 1998, has 83 employees, according to Lapiska. Eligible employees at all 11 stores will be offered the chance to transfer to another Target store or they’ll receive a separation package, he added.

Rumors started swirling recently that the store would close, prompting a wave of response from local residents.

Danielle Nesvold, an Austin resident, started a Facebook page asking locals to call Target and beg them not to close the store after she heard about the closing from many people.

“I think everyone’s just kind of in shock,” Nesvold said. “It’s not just that we would lose a store with products we really like, it’s just the people that work there, their turnover is practically none. These people have been there for years.”

As of Tuesday morning, the page, “Save the Austin, MN Target from closing,” had more than 814 members.

The page lists a customer service line where people can speak to Target representatives about the store closure.

But it appears the reaction may be too late.

The announcement comes in the wake of a difficult time for the company. Target was at the center of a major data breach that saw up to 70 million people’s personal information compromised late last year, and the company’s Canadian expansion also failed to live up to expectations.

However, Lapiska reiterated the store closures are due to individual store performance.

Down the stretch they come; Voters head to the polls with several local, state races to be decided