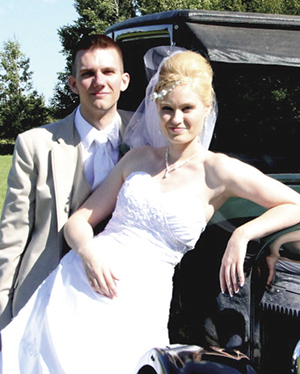 Jenae Peterson and Jordan Hackensmith were married at 3:53 p.m. on Sept. 6, 2014, in a hay field near the bride’s hometown in Mahtowa, Minnesota.

Jenae is the daughter of Doug and Lisa Peterson of Mahtowa. Grandparents are Bob and Char Ward of Carlton, Minnesota and the late Ervin and Shirley Peterson. She attended Barnum High School, graduating in May 2010. She graduated with a degree in journalism from the University of Minnesota-Duluth in May 2013.