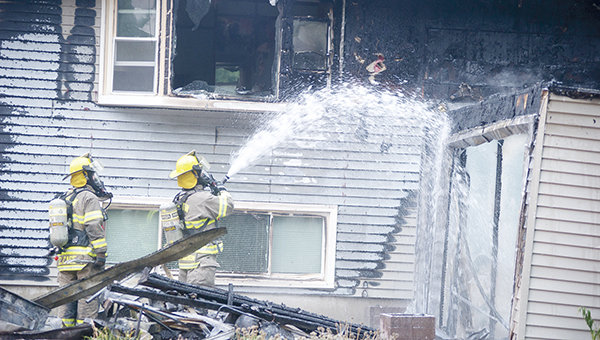 An early morning fire destroyed a garage and damaged a home Saturday in northwest Austin.

The Austin Fire Department was called to the fire at 702 Second Ave. NE around 5:45 a.m. Two occupants escaped the blaze unharmed.

Fire Chief Jim McCoy said the garage was a total loss, but the house was probably repairable. He didn’t yet know an estimated cost of the damage or the cause of the fire. The state fire marshal is investigating.

“There was a lot of damage, so it’ll be a little bit before he [the fire marshal] can find out what caused it,” McCoy said.

People on scene said they could see the blaze from several blocks away.

The American Red Cross provided temporary housing for the occupants. 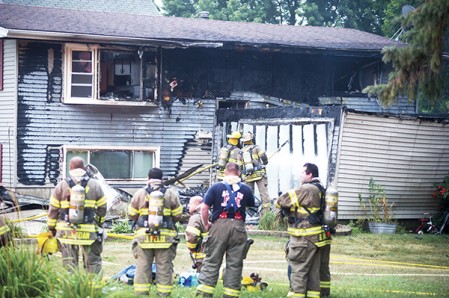 Austin firefighters look on as two firefighters put out the last of a garage and house fire Saturday morning at 702 Second Ave. NE. Eric Johnson/photodesk@austindailyherald.com