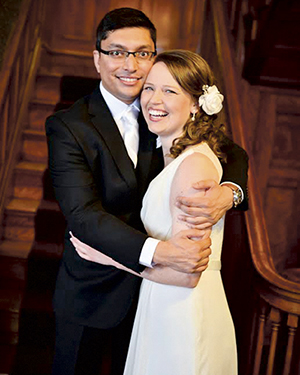 Nabeel is originally from Hagerhill, Ky., and Meredith is of Austin, Minn.