4 filings round out school board race

An Austin mother is looking to bring her parental perspective and experience with students back to the school board. 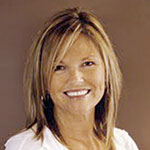 “I really believe that our best days are ahead in the Austin Public Schools and I just really want to be a part of that,” Angie Goetz said.

Goetz filed to seek her fourth term on the school board earlier this week.

She is a mother of three Austin students, in first, fifth and sixth grades. She has worked as a substitute teacher, as a dance coach, as an elementary-level junior great books volunteer in the Austin School District, and she has worked as a college admissions counselor. She also worked as a volunteer mentor and a youth group leadership member for 13 years.

“I’ve spent a lot of my life working with students,” Goetz said.

Goetz currently works part-time as the property manager for an apartment complex, where she has worked for more than 13 years. She said she is lucky to have a job that allows her to spend time with her children and work on the school board. She said she brings a parental perspective to the board since her children will be a part of the district for many years.

“I’m a voice for parents in the district,” Goetz said.

She also said she is creative, is a problem solver, and has a positive, get-it-done attitude. She believes the district needs to continue moving forward and not stop while things are going well, and she said she has a passion and drive to help do that.

If elected, Goetz would like to focus on student achievement, look at reworking the school calendar, support good character in students, and give students opportunities to excel in extra curricular activities and academics.

Lisa Haase has never been on a school board before, but she hopes to change that in the November election. 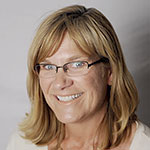 Haase filed for school board earlier this week.

“I would like the opportunity to give back to the community,” Haase said.

She has served on various chamber committees in the different places she and her husband have lived, including the Heart Association board in Texas.

Haase graduated from the University of Nebraska, Kearney, with a degree in teaching. She and her husband have lived in Austin for three years and hope to stay. Haase currently works in the finance department at the Mayo Clinic Health System in Austin.

“I’ve been kind of thinking on how I can get involved,” Haase said.

After talking it over with her husband, they decided participating on the school board was something she should try. She is excited at an opportunity to give back to the community.

She promised to bring fiscal responsibility, a common sense approach, and the time and desire for participation to the board. If elected, she’d like to look into Common Core and curriculum.

Peggy Young has considered filing for school board several times, but this year the timing seemed right. 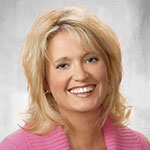 Young, who filed for school board June 3, grew up in Austin and attended school in the Austin district. She has worked full time for 23 years at Riverland Community College in training and development, working closely with industry partners in the workforce. She has also been an agent for Sterling Real Estate for about 13 years. Young’s son currently attends school in Austin.

Although she has never run for school board before, she has been involved with the schools for years. She was the chair of the parent teacher council at Southgate Elementary School and was involved in the group at Ellis Middle School. She was also on the planning committee and was the referendum chair for the I.J. Holton Intermediate School project.

“That was a ton of fun, watching it all come to life,” Young said.

After the I.J. Holton project, she asked herself, “What more can I do?” She decided the next natural step was to run for school board.

Young said she is familiar with the community, has personal experience with the school system and has worked with education her entire life. She said she is good with communication, has a common sense approach and has vision for the school system. She believes the school district is currently very sound, and she knows what she would like to see with her son’s schooling, and wants other families to reach that point as well.

Outside of work, she spends much of her time getting her son to his various sporting events. She enjoys wood crafting, going on motorcycle rides on her Harley Davidson and spending time with her family.

If elected, she would like to look into the continued growth of the Science, Technology, Education, Fine Arts and Mathematics — or STEAM — curriculum; the continued growth in partnerships with Hormel and the University of Minnesota; and help make sure expenditures are handled the way the public would want.

“I think we have the backing of the community and I would really like to see that continue and be a part of that,” Young said.