More space at the dome? 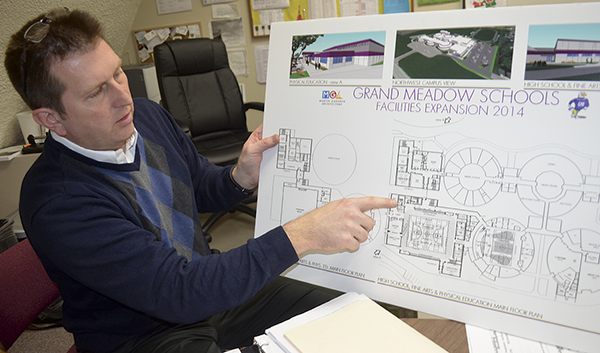 Grand Meadow Public Schools is out of space.

In effect, that’s why district officials are approaching area voters next month with a $13.7 million bond referendum to add two traditional school buildings and make renovations to its dome structures. 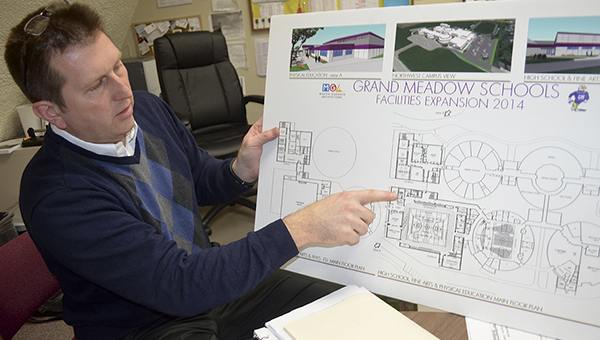 Grand Meadow is still paying off its dome school, with about $7.7 million in debt left on the project. That debt is scheduled to be paid in full in 2030, but the referendum would mean the school wouldn’t be paid off until 2040.

District officials say the renovation is necessary not only to cope with Grand Meadow’s current student population but to accommodate students who will enroll over the next few years.

“We researched that data, and we discovered that the population in Grand Meadow is growing, and growing significantly,” said Superintendent Jerry Reshetar.

The district has a little more than 400 students K-12 enrolled this year. According to a demographic report, Grand Meadow could have up to 450 students within two years, based on Mower County birth records and population trend information gathered by a district and community committee and verified by financial firm Northland Financial. 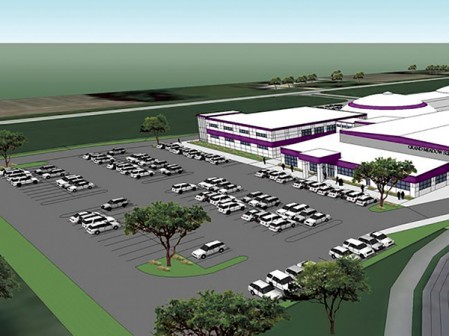 This artist’s rendering shows what the Grand Meadow school’s addition could look like.

The school is already over capacity, according to Principal Paul Besel. Some areas of the school, such as the woodworking and metal shops, are overcrowded with students during classtime and computer labs have already been shuffled to other areas of the building to make room for elementary classrooms.

The 71,200 square-foot total additions would add 11 high school classrooms, including music and vocational technical classrooms in one building to the west of the dome school, as well as a physical education complex containing a full-sized indoor court, walking/running track, aerobic and weight rooms, and more. The physical education complex, also directly west of the dome school, would be separate from the high school addition due to utility lines.

District officials say there are plans to open the physical education complex to the community. The indoor court and other areas would only be used by students during the school day, but community members could use the facility for a nominal fee at other times if the referendum passes.

The district’s bus corral may be moved south of the school, depending on space needs as well as a potential expansion of career and technical education courses. Besel said the corral would be expanded by several stalls if it moved to the south of the property, not only to accommodate more students but to provide a repair stall for the district’s mechanic and nearby farmers who needed to work on equipment.

The dome school would also receive renovations. The district’s gymnasium/auditorium would be expanded, as well as the cafeteria and other parts of the domes. District officials decided the additions would be traditional buildings in order to maximize usable classroom space, according to Reshetar, though a committee did look at building more domes. The buildings would continue to be energy efficient through geothermal energy.

The district hopes to add high school classrooms to make room for more primary classes, according to Besel.

“Most of our increases are in the elementary to middle-school level,” Besel said.

“15 to 20 years down the road, we may need to add more elementary space,” Reshetar said.

The district has held several community meetings, including one in April 2013 letting residents know the school was contemplating its options and one on Dec. 11 outlining the project. Reshetar said the district will send out surveys to residents likely next week to gauge public interest. If the referendum fails, district officials will likely have to retool its approach and move quickly according to Besel. Based on projections, the district could get by during the next year or so but would have to look for outside classrooms or rentable trailers in 2016 to hold students, which Besel said wouldn’t be ideal learning space for students.

Grand Meadow voters will decide the issue on March 11.