Wessels has big first half as Packers down Spartans 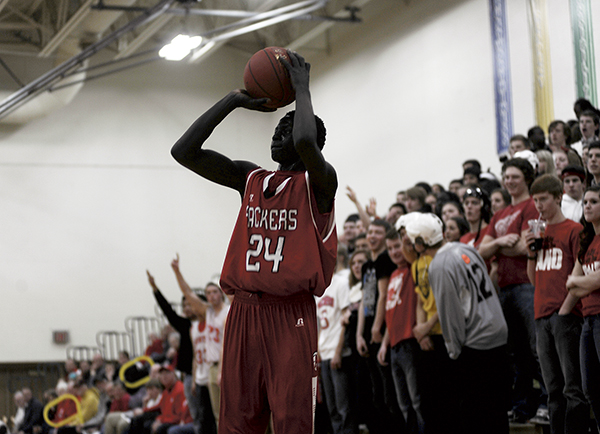 The No. 4 ranked Packers weren’t about to let Rochester Mayo hang around as they slammed the door early on the Spartans (4-10 overall, 4-4 Big Nine).

Austin senior point guard Zach Wessels scored 24 of his 26 points in the first half and the Packers rolled past Mayo 73-42 in Packer Gym Thursday.

Wessels was looking to score early and often in the first half as he was able to get the hoop whenever he wanted as he scored most of his points in the paint. Wessels went 5-for-5 on free throws and 1-for-2 on 3s in the first half. 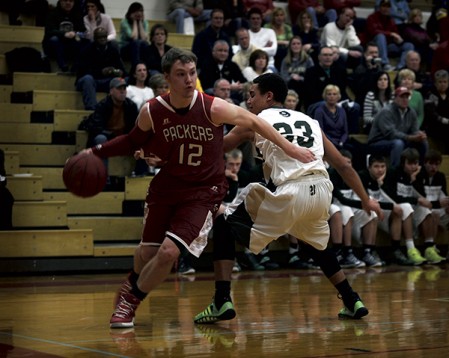 “I was looking to be aggressive,” said Wessels, who added four rebounds, five assists and three steals. “I found lanes tonight and was able to get shots. It’s all because of my teammates. They were passing to me.”

Austin junior guard Nik Gasner said it was clear that Wessels had something going in his favor early on. The team did every thing they could to keep him going.

“You could just tell that Wessels was in one of his zones,” Gasner said. “He was so into the game and he looked like he wanted all of the shots. When someone’s feeling it like that, you’ve got to get them the ball.”

“It was nice to put them away quick so we could rest some guys for tomorrow and we don’t have to worry about tired legs as much,” Gasner said.

Austin forced 22 Mayo turnovers in the win and the Packers committed just three turnovers of their own. Ajuda Nywesh had five steals for the Packers.

“Tonight was just a case where our guards forced turnovers and got out in the open floor,” Austin head coach Kris Fadness said. “Wessels had a hay day in the first half.”

Wessels is just 17 points from catching his former teammate Joe Aase as Austn’s all-time leading scorer. Aase, who is now at Division I Davidson College has 1,337 career points and Wessels is at 1,320 career points.

After Tuesday’s game, Wessels had no idea how close he was to Aase and he didn’t even realize he had scored 26 in the first half. He was more concerned with the final team score.

Stuart steps up as Hayfield boys down Lancers