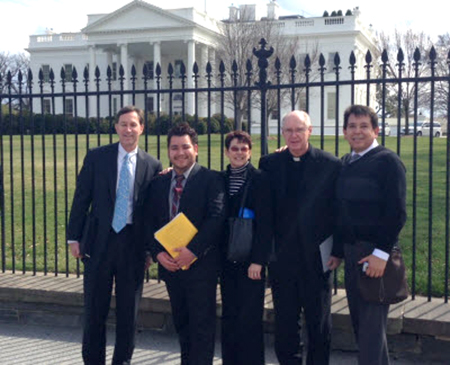 Our nation was built by people who came here in search of a better life. The five of us, as Austin, Minn., community members and leaders, traveled to Washington, D.C., this past spring to discuss immigration reform with U.S. legislators and White House staff. We represented the many different aspects of our community and explained why federal immigration reform needs to happen now. Subsequent to our visit, the Senate passed a comprehensive immigration reform bill; we now urge House leadership and our own Minnesota congressional delegation to make the passage of immigration reform a priority.

This is a topic that affects everyone — through people we know and through the broader economic impacts on our communities and businesses. As of 2011, Minnesota is home to nearly 400,000 immigrants, and they are vital contributors to our local economy. As our population ages and baby boomers retire, immigrants will only become more important to our workforce and communities. In fact, the minority and immigrant population is increasing in every region of Minnesota, helping to keep small towns and urban communities vibrant and rural schools open. In 2013, the Minnesota legislature enacted the Minnesota Dream Act making college possible for many immigrant students who would not have had the opportunity in the past.

Moreover, immigrants not only contribute to businesses — they also help Minnesota’s economy grow. Immigrants are highly entrepreneurial and often start their own businesses. Additionally, they are consumers who help support local businesses. In Minnesota alone, immigrants have an annual buying power (income after taxes) of more than $5 billion.

Undocumented immigrants in our communities often live their lives in fear. Many came here as children. If their immigration status is discovered, they face deportation to a country they may not remember. Their decisions are impacted by fear of deportation — decisions that many of us take for granted such as applying for a job, enrolling in school, going to the doctor, driving, or purchasing a car or home. They are also reluctant to contact or interact with local law enforcement, to the detriment of efforts to protect the safety of our communities.

Additionally, many are reluctant to participate and engage fully in local communities. This is a loss for Minnesota as many talents, gifts and perspectives go unrecognized because this population hides in the shadow of fear.

Immigration reform with pathways for earned legalization, permanent residency or citizenship will enable the positive contributions of undocumented immigrants, making our communities stronger for everyone. We need and urge House leadership and our congressional delegation to prioritize the passage of immigration reform — to make a positive impact for those residing in Minnesota and for the rest of the individuals and businesses that call Minnesota home.

Our opinion: Interpretive center will be a source of pride for Austin 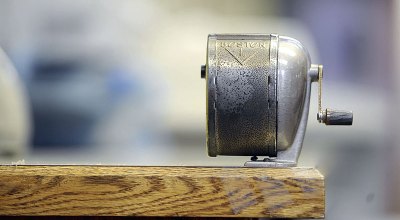 Learning about your favorite canned meat