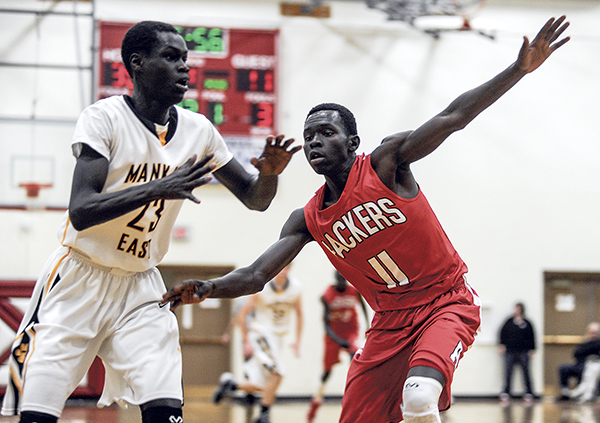 Austin’s Ajuda Nywesh pressures Mankato East’s Gorg Alhag as he looks for the inbounds pass during the first half Thursday night in Packer Gym. Eric Johnson/photodesk@austindailyherald.com

The Austin boys basketball team didn’t have any trouble as it cruised to a 62-29 win over Mankato East (2-5 overall, 2-4 Big Nine) in Packer Gym Thursday. 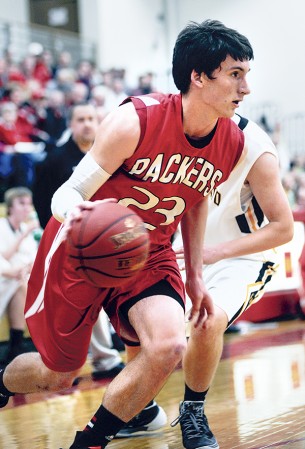 Austin’s Nik Gasner drives to the hoop in the first half against Mankato East Thursday night in Packer Gym. Eric Johnson/photodesk@austindailyherald.com

“We had good energy and we shot the ball well in the first half,” Austin head coach Kris Fadness said. “The game was over at halftime and we did what we’re supposed to do. I think East is better than what they played tonight.”

Ajuda Nywesh had 11 points, five assists and three steals and Gach GAch had 14 points and four rebounds for Austin.