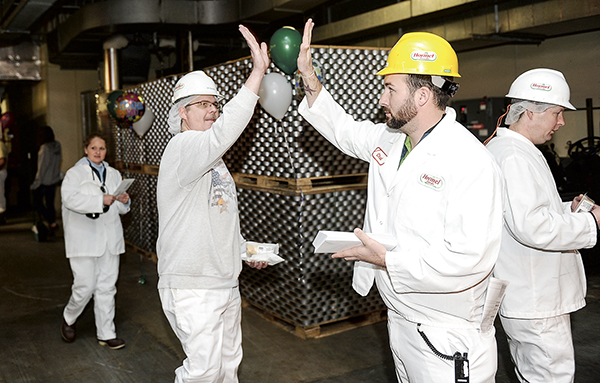 Ronda Olson has been a Hormel Foods plant employee for 29 years, and every year she looks forward to a bonus check just before Thanksgiving.

“It’s an extra paycheck, and it’s a great thing,” she said. “It’s nice to have something extra.”

Olson, who works in marinated meats, is one of 1,800 Austin plant workers. She and all other employees who have been there more than a year will get a profit sharing bonus, which totals a record $17 million this year. That comes to about 2.4 weeks’ pay this year, according to plant manager Tim Fritz.

While Hormel doesn’t guarantee a bonus, it has given one for 75 straight years, and Fritz said it’s a way of motivating workers and showing their contributions matter.

“We talk about company goals, and this fosters teamwork,” he said. 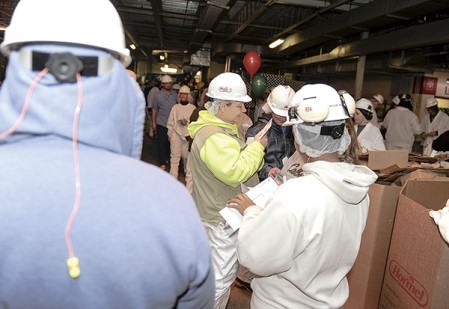 That teamwork paid off again this year, as Hormel reported yesterday a record year, with $526.2 million in profit, a 5 percent increase over last year, and $8.75 billion in total sales, a 6 percent increase from 2012. This is the fifth-consecutive year Hormel has increased its profit, which was at $285.5 million in 2008.

“Our record results are evidence of our many hardworking employees and their dedication to quality,” Hormel President and CEO Jeff Ettinger said in a news release.

Olson said she will use her bonus check for Christmas shopping, and to help with bills. She said everyone is upbeat when they come in the morning before Thanksgiving, and some even bet on the amount of the check.

“Everyone looks forward to it,” she said. “Our jobs are pretty repetitive, so this is a fun change.”

Kaway Goy, who has been at the Austin plant for six years, said he looks forward to the check each year so he can buy gifts for his family.

“It motivates us,” he said.

Last year, Hormel distributed $16.9 million in profit sharing, which was also a record.