Is that graffiti? No, it’s art 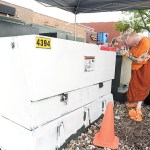 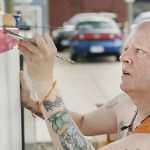 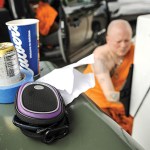 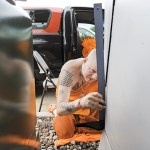 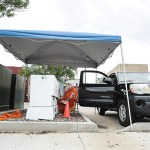 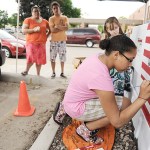 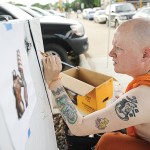 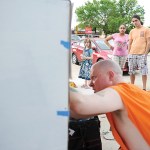 A Rochester-based Buddhist monk is creating an arts opportunity for Austin children using a novel backdrop: an electrical transformer.

Boo Roth will paint and stencil a transformer west of Steve’s Pizza along Fourth Avenue Northwest on Tuesday afternoons for the next few weeks, leading up to Austin’s Downtown Artworks Festival.

Roth will create murals on the transformer, with one side depicting the Marvel Comics character Iron Man holding a U.S. flag, another side a multicolored mural centered on the word “Love,” and yet another side depicting an American flag. Once Roth has finished parts of the murals, children and adults will be able to add touches of their own to the transformer, whether it’s peace signs on the American flag mural or initials on the “Love” mural.

“I’ll just do a couple stripes of the flag and continue the penciling on the other side, so if somebody comes by they have something to do,” Roth said Tuesday.

Roth is no stranger to public art. He has designed several murals for transformers and fixtures in Rochester, including the pump box at the Rochester Peace Plaza, as part of a public arts project to get the community involved and to protect public fixtures from graffiti. Roth was selling some of his art during Thursdays on Main events last year when Kiersten Hall of the Austin Community Alliance approached him about selling art in Austin during Tuesdays on Main events.

“I’d rather just come and paint a transformer for free,” he said.

It took about a month’s worth of discussions between Roth and Austin Utilities before Roth could paint a transformer. Utilities and city officials had concerns about painting over identifying numbers, posts or vents, but many officials seemed positive about the project.

“It’s a neat way to get the community involved in the art world,” said Mark Nibaur, Austin Utilities executive director.

Once Roth and the community have finished the project, Roth will add a layer of graffiti coating in order to seal the artwork, which Roth said will preserve the community art project for at least a decade. Utilities and city officials will then decide whether other such projects could take place throughout Austin.

“We want to see how it turns out, and work with the city on how we could paint more structures in the community,” Nibaur said.

For Roth, the project is a way to give back to the community, and to help community members to creatively express themselves. Children and adults will be able to help with the project as it takes shape, and Roth said he plans to be in town on Tuesdays to work on the transformer.

Poll: What are your 3 favorite Western European countries?