Packers survive another battle, will play in title game 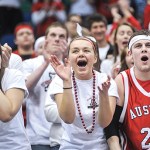 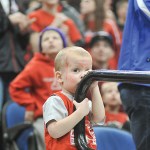 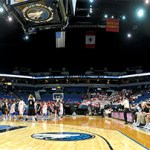 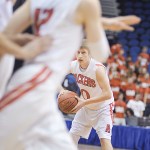 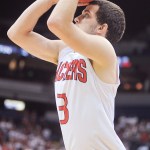 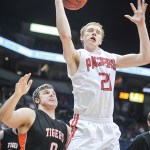 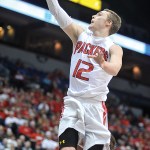 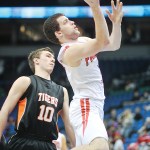 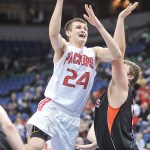 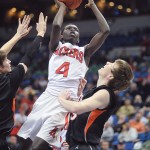 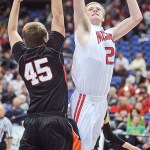 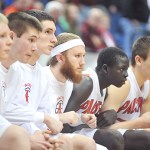 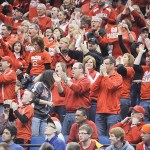 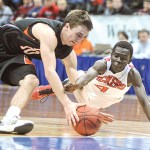 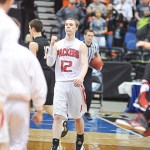 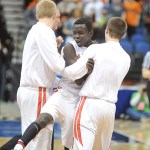 MINNEAPOLIS — The Packers survived their fourth straight tournament nail-biter in Target Center Thursday and are set to play for a state title against De LaSalle 6 p.m. Saturday.

The Packers went 9-for-10 on free throws in overtime as they held off Marshall 68-65 in the Class ‘AAA’ semifinals in a game that had seven ties, 18 lead changes and neither team leading by more than six.

Austin junior Zach Wessels led the charge as he poured in 20 points on 7-of-11 shooting to go along with three rebounds, six assists and four steals. Wessels had just three turnovers as he played in the game’s entire 40 minutes.

“We’re used to this. We just know how to win,” Wessels said. “I always have confidence in these guys and myself. I never thought we would lose.”

Bret Lukes came up with a steal on the Tigers’ opening possession of overtime and drew a foul. Lukes hit two free throws, and the Packers never trailed again.

Austin (30-0 overall) pushed the gap to five when Joe Aase made his biggest play of the night — and it didn’t even involve him shooting.

After running 30 seconds off the clock, the Packers looked to be content to run time with a 60-58 lead, when Aase made a nice backdoor pass to Wessels, who converted a layup and hit a free throw to make it 63-58 with 1:11 left in the game.

Aase finished with eight points on just seven shot attempts, and he wasn’t forcing the issue when he passed to Wessels.

“(Austin head coach Kris Fadness) told me to shoot a three if I was open, and he told Wessels to take it the basket if he could. I saw Wes cut, and I gave it to him,” Aase said. “They kind of keyed on me, and they went to a diamond and one. I wasn’t hitting shots that I should’ve hit, but Tom (Aase) stepped up huge. Collin (Weisert) hit some shots, and Wessels was making plays. It was a great team win.”

Weisert and Tom Aase each had their most effective games of the postseason as Weisert hit two early 3-pointers and finished with eight points and two steals, and Tom had 16 points, five rebounds and four blocks.

“(Tom and Zach) were huge,” Weisert said. “Wessels has never really let us down. He always does what he needs to do to help us win, and Tom is a defending and rebounding son of a gun.”

Weisert was glad to finally find his long-range shot as he helped lift the Packers to a 10-6 lead early on.

“That was real nice, and that was a good confidence booster,” he said. “It feels better shooting here than it does at the barn.”

The Packers had a chance to win the game on the last possession of regulation, but the Tigers threw a curve ball as they lined up in a two-three zone, but switched to a man-to-man defense when the ball was inbounded. Austin’s play, which was designed to go against a zone, was ineffective, and Wessels ended up driving to the rim but couldn’t get shot off before the buzzer.

Austin had taken a 56-54 lead when it scored five points over two minutes, but the Tigers (28-3 overall) tied it up at 56 when Tanner Bukowski drove for a layup after recovering a blocked shot by Tom with 38 seconds left in the game.

The Tigers pulled to within 63-62 in overtime after Bukowski stole the ball from Wessels and scored with 42 seconds left, but Austin iced the game as Marshall had two turnovers, and the Packers hit 5-of-6 free throws down the stretch.

In all, the Packer defense forced 20 turnovers.

“It was a pretty good high school basketball game,” Fadness said. “Both teams competed hard and played well. It just came down to a bounce here or there and, thankfully, we made enough plays to win.”

While Austin didn’t play in a lot of close games in the regular season, it made a habit of playing in a lot of battles in the postseason.

“We keep doing it,” Joe Aase said. “It shows we have heart.”

PACKERS LIVE: Austin wins in OT! On to title game