Family, county at odds over custody of child with HIV

Local family members have been pleading their case for more than a month to regain custody of their nearly 3-month-old baby. However, county officials and doctors are hesitant, given the potential circumstances: Tests show the child is HIV positive. But they clearly have other concerns as well, specifically, an antiretroviral therapy (ART) the family spoke out against in the past. 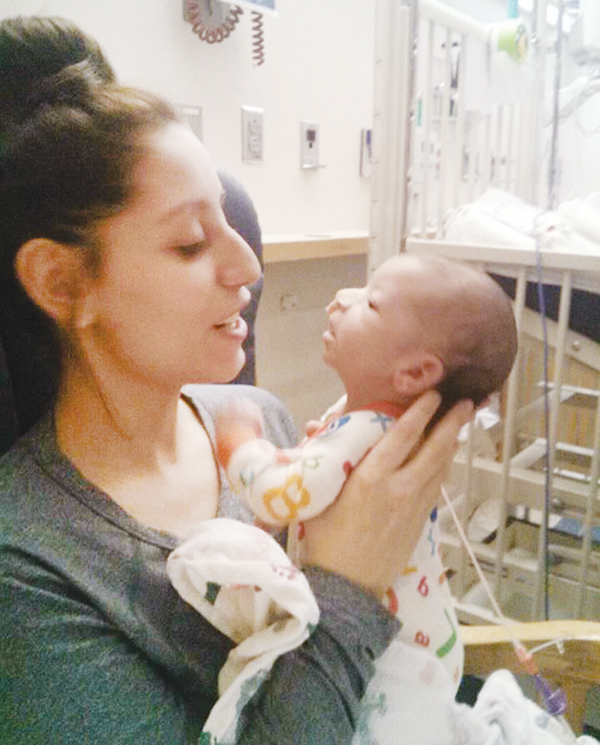 Lindsey Nagel holds her son, Rico, who is currently in protective custody in Mower County. Rico has HIV. — Photo provided

Mower County Human Services took the child, Rico Martinez Nagel, from Lindsey Nagel and John Martinez’s custody on Jan. 18, where they were living in Brownsdale with Lindsey’s parents, Steve and Cheryl Nagel. Steve and Cheryl adopted Lindsey from Romania 22 years ago, and she tested HIV positive in the U.S. However, after two years on ART, Lindsey showed many adverse effects, her parents say, including severe leg cramps and pain. Now she has taken no drugs for 20 years and claims to be healthy.

Clearly, Steve’s views about ART aren’t like everybody else’s, and he believes Mower County Human Services took the child from Lindsey and John’s custody because of his views.

Lindsey’s story has widely spread on the Internet, as well.

The request for emergency protective placement said the parents had been “resistant to HIV treatment for Rico,” and compliance was only gained after child protection was going to be involved. The court records do not show whether Rico was taken off of the ART, but Lindsey and John both state they would have continued treatment as required.

Court documents show on Jan. 15 and 16 Lindsey canceled nutritional appointments with doctors from Mayo Clinic Rochester because she wanted an attorney present, she thought the appointments were optional and she wanted a second opinion. Lindsey and John then began driving to Seattle to meet with another doctor, only to turn around in Bismarck, N.D., because they were informed the doctor was not a pediatrician. Human services then took Rico on Jan. 18.

The family has insisted Rico’s health was much better when he was in its custody and has posted numerous messages and videos on social media. Steve said a feeding tube inserted into Rico caused an infection and further caused his stomach to bloat.

However, doctors maintain that the child must stay on ART, and that is listed in the request for emergency protective care.

“There is no acceptable alternative treatment,” it states. “There is no legitimate medical controversy in this regard.”

The guardian ad litem for the child would not offer comments in the case. Lindsey and John’s attorney has not yet released a statement on their behalf.

The family has more hearings set for April 1 and 2.