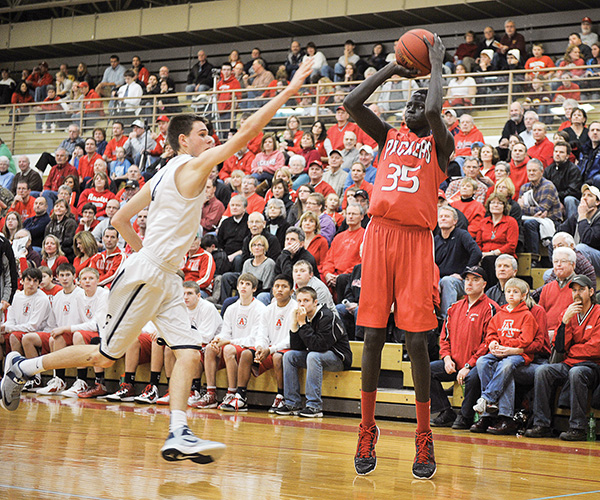 Austin's Gach Gach shoots from the corner during the second half against Rochester Century Friday night in Packer Gym. -- Eric Johnson/photodesk@austindailyherald.com

The Packers put on an offensive clinic as they finished with their most lopsided win of the season in a boys basketball game in Packer Gym Friday.

No. 2 ranked Austin had 20 assists on 26 field goals and just four turnovers as it beat Rochester Century 74-24.

“This is what we’ve been trying to do all year,” said Collin Weisert, who finished with five assists. “We’re finally starting to click and it was a good time.” 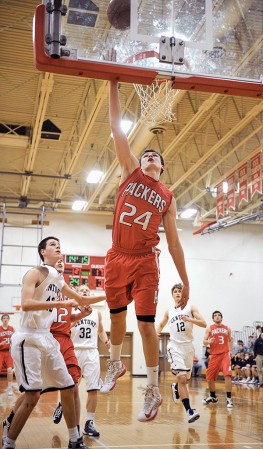 Austin's Tom Aase gets a layup in the second half against Rochester Century Friday night in Packer Gym.

“We definitely played a full game and we had a lot of energy to start the game,” said Austin’s Joe Aase, who had 20 points and eight rebounds. “We just found the open guy. They were playing a not really physical two-three zone and we had a lot of high lows and cuts working for us.”

While the Austin offense was thriving — the Packers hit 12 threes — their defense was dominating. Austin forced 27 turnovers and a lot of them led to breakaways for Zach Wessels, who finished with 15 points, three rebounds and five steals.

“This is the best we’ve played all year in terms of beginning to an end of a game,” Austin head coach Kris Fadness said. “Our ball movement was outstanding. We located the ball and got guys open shots.”

Tom Aase had nine points, five rebounds and five assists, and he had a dunk of his own when he threw down a two-handed jam to off a no look pass from Wessels to make it 7-0.

Century (5-7 overall, 2-3 Big Nine) got most of it’s offense from their 6-10 center Carter Evans, who was a force on both ends of the floor.

“We’ve played against a lot of good big guys so far this year and I think that prepares us for what’s to come,” Joe Aase said. 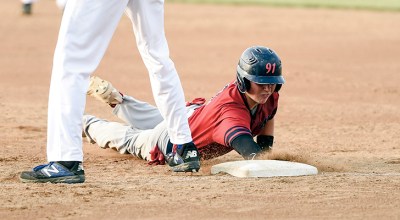