Light the Night suicide benefit to debut in Austin

The run is sponsored by the YMCA of Austin and Desperate Tears, the local suicide prevention group.

“I love seeing what happens in the community when people help each other,” said Shelley LeTendre, Desperate Tears organizer. LeTendre started Desperate Tears last year after several people she knew took their own lives. LeTendre, no stranger to depression herself, decided to start an organization that could help turn people away from suicide.

Desperate Tears has held numerous concerts, runs, and other events with local organizations like the Community Against Bullying to raise awareness and to positively affect community members. LeTendre and others participated in the first-ever Darren Dash earlier this summer, and some of the organizers from that event got together to create Light the Night.

Proceeds from the event will be split between the Y and Desperate Tears, and LeTendre said the group is raising funds to expand its outreach efforts. One day, according to LeTendre, Desperate Tears could have a building and help line, among other things, to help the community.

“It’s really nice to see the concern and care in this community,” LeTendre said. 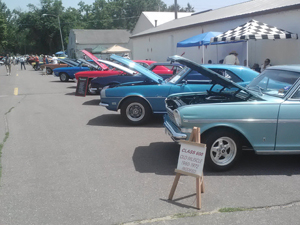 With the Light the Night event coming soon, another group announced its event to raise money for suicide prevention was successful.

Nelsen and his wife lost their oldest son to suicide, so he said the main goal is to help save a life and prevent what their family had to go through.

“We plan to do it again next year,” he said.

The end of a history