Few people haven’t heard about the negative effects of climate change, but a room full of people in Austin Wednesday night learned just how encompassing the problem may be. And the issue is no stranger to the Midwest, according to a Minnesota expert.

“I think it touches 90 percent of our lives,” said Mark Seeley, extension climatologist with the Department of Soil, Water and Climate at the University of Minnesota. Seeley spoke to a crowd of more than 50 at the Jay C. Hormel Nature Center as part of an educational series co-sponsored by Austin Audubon and Friends of the Nature Center. While he explained what climatology is — a history of changing conditions on Earth — he also explained how the Midwest and Minnesota are undergoing noticeable climate change.

Though Minnesota can undergo extremes on any given year, Seeley showed that the extreme weather events, like severe heat waves and thousand-year rain events, are becoming more frequent. That, he said, is a product of climate change.

Seeley showed a collection of charts, graphs and maps that indicate Minnesota’s temperatures are increasing, along with the dew point — the amount of moisture in the air. That increasing dew point, he added, is why Minnesota so frequently meets or surpasses the 105-degree heat index, which is also when peak energy alerts are issued. A map that showed southern Minnesota’s yearly average temperature of 44 degrees creeping all the way north to Canada by 2060 had one man wondering just how warm this immediate region may someday become.

Seeley also spoke about worldwide issues like oil production in Alberta, Canada, which has wiped out as much boreal forest as the size of Florida.

“I didn’t know the amount we’re taking out is the state of Florida,” said Larry Dolphin, nature center director. “… That to me is very, very disturbing.”

Like all climate change studies, the implications behind the numbers were clear.

“We have to start thinking about adapting our infrastructure to changing climate,” Seeley said.

Because changing that infrastructure and the habits of a population has always been the elephant in the room, Seeley simply asked his listeners to educate their communities and start small.

“It starts with the people, and then it filters up to the leaders,” he said.

Seeley recommends that concerned citizens check out some of his favorite climate change books, such as the Minnesota Weather Almanac, or works by Kerry Emanuel, Robert Henson, John Houghton and other climatologists/meteorologists. 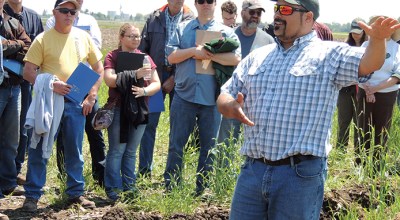 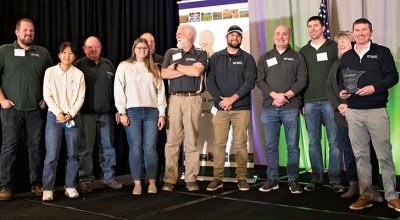