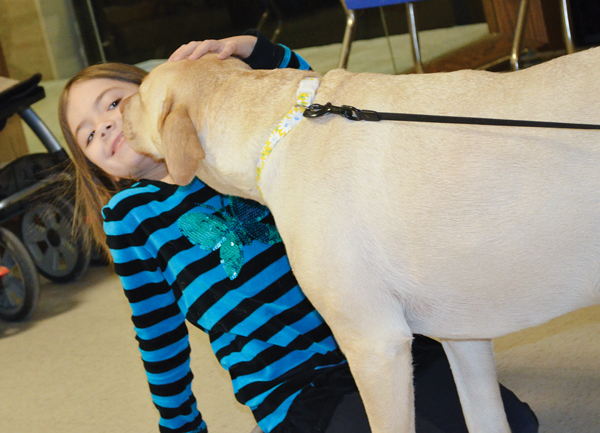 Dogs roamed the floors of the mall to support S.P.A.R.K. (Start a Park for Austin’s Respectable K-9s) and the new dog parked planned near Community Park.

“My Furry Valentine” was held at the mall from 11 a.m. to 1 p.m. People took their dogs to socialize with other pups, see a variety of booths — including one with an array of doggie treats — and even snap a few portraits with man’s best friend.

With the dog park site secured at the south end of the 500 block of Second St. SE, S.P.A.R.K. is looking to raise enough money to erect a fence to enclose it.

S.P.A.R.K. President Martha Hauschildt said the group needs at least $15,000 for fencing, but she said they’re looking for more money to fence off a spot for smaller dogs and buy amenities like park benches.

However, she noted, the project is at a standstill until funds are raised. Hauschildt said the group has more events planned in the coming months.

They could host another event at the mall, and an event will likely be held at the dog park site this spring.