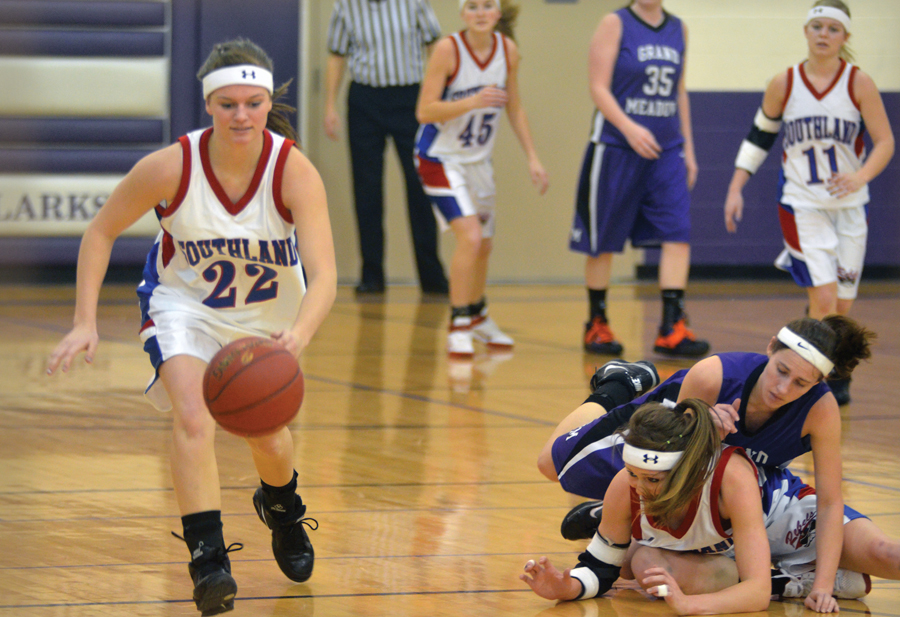 GRAND MEADOW — The entire Rebels’ roster got in on the action as Southland beat Grand Meadow 81-36 in girls basketball game in GM Monday. 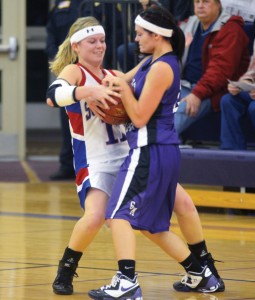 “We came in and took care of business like we’re supposed to,” Southland head coach Bob Sheehan said.

While Southland’s starters never saw the court in the second half, the team’s intensity didn’t drop at all. Reserves Hilary Bottema, who finished with 12 points and Elizabeth May, who had a game-high 14 points and 12 rebounds, made sure the game was finished strongly.

“It gets a little difficult (to keep up the intensity), but we’ve just got to keep pushing ourselves,” May said. “It’s nice to get work in and it helps you get better.”

Sheehan was pleased with what he saw out of his entire lineup and he likes to give his reserves a chance to play full speed, even when the score gets out of hand.

“We never tell them to slow down,” Sheehan said. “They work just as hard in practice as the rest of the team and any time they get out there in a game speed situation, it’s got to help them.”

Southland has now scored at least 70 points in 13 of its 20 games this season. 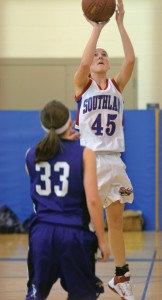 Southland's Elizabeth May pulls up for a jump shot over Grand Meadow's Audra Duhrman in GM Monday. -- Rocky Hulne/sports@austindailyherald.com