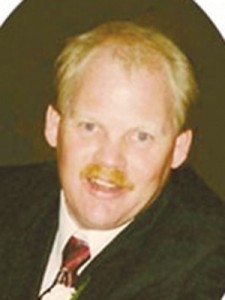 Mike was born March 8, 1964, in Dodge Center, Minn., the son of Lonnie and Rena (Skjeveland) Perrigo. He grew up on the family farm near Sargeant, Minn. He graduated from Hayfield High School in 1982. Mike married Patty Stoelk in 1984, and they have two sons. He was a member of Zion United Methodist Church of Sargeant.

He was preceded in death by his father, Lonnie Perrigo; maternal and paternal grandparents.

The family would like to express their thanks and appreciation to Dr. Stephen Ansell, and the staff of Charlton 9, LA, RMH Stations, 9-3, 9-4, 10-3, Gonda 10E, Nephrology and all others who cared for Mike. He will be sadly missed by all.

Friends may call from 4 to 7 p.m. Monday, Feb. 13, 2012, at Czaplewski Family Funeral Home, 501 Second St. NW in Hayfield and one hour before the service at the church. A celebration of life will be 11 a.m. Tuesday, Feb. 14, 2012, at Zion United Methodist Church, 201 East Main Street, Sargeant, with Pastor Sharon Goetzinger officiating. Michael’s ashes will be interred at a later date.